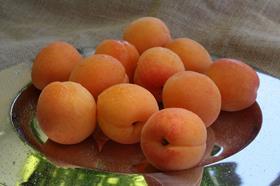 Stonefruit suppliers and producers from across the world are busy with export forecasts, marketing programmes and new R&D investments.

In a move that confirms a continued trend towards consolidation in Italy’s fresh produce supply base, the Faenza-based company will work with Osas’ commercial arm Campoverde to sell peaches, nectarines, oranges and clementines, while also helping it to develop new production of kiwifruit.

The Association of Peach and Nectarine Producer Organisations of France (AOP Pêche et Nectarine) and its apricot counterpart AOP Abricot, are merging in a bid to maximise available resources, and develop joint actions in defence of stonefruit crops in France and the EU. They will represent a total production mass of 200,000 tonnes.

Chilean cherry exports reached 99,461t in 2014-15, rising by 45 per cent on last season, and setting a new volume record for the industry.

The increase came in spite of the losses caused by heavy rainfall at key stages of the season, and was due mainly to new acreage and varieties coming into production.

Meanwhile, Chile’s Federation of Fruit Producers (Fedefruta) has claimed that stonefruit export volumes have increased. According to the director of Fedefruta, Cristian Allendes, by the end of February 2015, exports of plums amounted to 5.9 million boxes, 88 per cent more than last year.

Meanwhile, nectarine shipments totalled 5.8m boxes, 121 per cent more than in the previous year, while peach exports increased by 67 per cent.

As for this year’s stonefruit crop in the same region, the season is expected to start in late April.

Growers reportedly expect large nectarine, peach and flat peach harvests in May, and for volumes to exceed 60,000 tonnes – a figure which Murcian regions are more used to reaching in June.

Elsewhere in Spain, export body Fepex has signed a co-operation deal with the Agricultural and Plant Health Inspection Service (Aphis) that will pave the way for the future export of fresh apricots to the USA.

A leading Chinese professor has visited Australia with the aim of boosting research and development ties between the two nations.

Specifically, Jiang Quan, from the Institute of Pomology and Forestry at the Beijing Academy of Agricultural and Forestry Sciences, is looking at ways to bolster the production of peaches in China, a fruit that originated in the Asian nation. Quan believes that China’s growers could benefit from advice on modern production techniques and technologies being adopted in Australia.