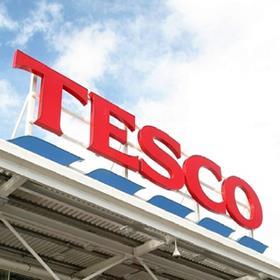 For some in the fresh produce business, Tesco’s revelation that it overstated profits by £250 million was not exactly surprising.

While analysts agree it is not uncommon for retailers to adjust recorded income to meet profit forecasts, what is most important for suppliers is the “grey” area that defines whether this culture of forward payments was negotiated or imposed.

With two out of the four suspended senior executives directly linked to fresh procurement – food commercial director John Scouler and Group Food Sourcing (GFS) head Matt Simister –there are signs that what one supplier calls the retailer’s “aggressive” accounting may have been most felt in fresh supply contracts.

“Tesco has gone beyond what I would call genuine procurement professionalism,” says David Atkinson, a lecturer in procurement practices at Birmingham University, who has 30 years experience in senior procurement roles. Atkinson believes that, in businesses such as big supermarkets, pressure to “stretch the professional boundaries” is immense. “Procurement professionals at these places use corporate might – they’re basically using a hammer to get the best deals,” he says.

Retail analyst Steve Dresser argues that there is nothing wrong with bringing income forward if you’re going to meet volumes. However, retail volumes sales continue to fall and Dresser says Tesco has been hard hit, so there is a question mark over whether these volumes will be reached. But he, too, alludes to the ethics involved in negotiating early payments: “The rebate is a grey area, but it quickly becomes black or white if people are put under pressure.”

Dresser believes there is a “big governance problem” at Tesco, and talks about an “old boy culture” that is beginning to be washed out. “It gets to a point when you need new voices. The top culture at Tesco needed adjusting and [new CEO] Dave Lewis is dealing with that now,” he claims.

Speaking at the PPMA show this week, adjudicator Christine Tacon said she has been in touch with Tesco and wants the Groceries Supply Code of Practice to be integral to its investigation. “I have had discussions with Tesco following last week’s announcements. At the end of that process when I’ve seen their findings I will take a decision on my next steps,” she said.

Tesco’s sourcing model, GFS, has come under particular scrutiny this week. “This is clearly about GFS. It was a Simister, [suspended food commercial director John] Scouler and Bush initiative,” says a source close to the supermarket. “Those three radically changed the way the company bought product, not just in produce. There was pressure on suppliers who don’t normally deal with supermarkets direct. GFS was dealing with a whole host of new suppliers who were not used to saying no.”

Another source suggests that Lewis’ move to “wash the dirty laundry” is a management decision that helps give him a clean slate in terms of both personnel and profit base. “This gives the new man power to act, even against a chairman; it establishes a profit margin that’s as low as it can get, so he can say he’s increased it; it can even allow him to get rid of old faces and bring in his own team,” the source says. “So it puts the new CEO in an enormously powerful situation.”