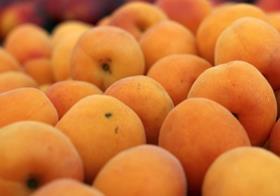 There is a paucity in South African apricot varieties, some suppliers say

South African apricot growers are at a crossroads and face some major challenges if the future of the category is to be secured.

That’s the view of Jacques du Preez, of growers’ body Hortgro. He tells FPJ that apricots face an uncertain future “unless we can find new varieties to improve our offer and extend the season”. He warns that unless these new varieties are found, “volumes will continue to decline”.

In the most recent South African apricot season, the export volume declined again, reaching only around 700,000 cartons. And with trade sources in Germany, South Africa’s most important export market, demanding better taste and quality, the present variety range is expected to suffer.

Last year two exporters, Fruits Unlimited and Stargrow Marketing, announced plans to fast-track the new Carmico range of blushed apricots. If introduced successfully, these cultivars, which ripen between January and March in South Africa, will boost the category significantly. While the two exporters say they are extremely positive about the Carmico range, Hortgro has been fairly negative about them.

In general, plant breeding to find new exciting varieties and competition to commercialise these varieties has increased tremendously in recent years. Growers are confronted with a whole host of companies who want to sign them up and plant their new stonefruit varieties – naturally, at a cost. Production is thereafter strictly controlled in order to ensure that the supply and demand of these products is matched.

On the other side there are the so-called ‘free’ varieties available to all growers, which are mainly developed by Hortgro’s own breeding company, Culdevco. In the case of the Carmico blushed apricots, the variety is privately owned and some lack of enthusiasm on the part of Hortgro could well stem from the fact that they do not come from Culdevco, and will not be freely available to all growers.

Fruits Unlimited has shrugged off the Hortgro pessimism and points to the fact that there is already more planting of the Carmico range in countries like France than for the whole apricot industry in South Africa.

With Hortgro having admitted that it has no clear idea of where the varieties will come from to replace the old and outdated varieties and to extend the season, Fruits Unlimited and Stargrow Marketing are stealing a march on them to change the present five- to six-week season to one lasting four months.

If they succeed, it is hoped that apricot growers in South Africa will discover new hope in the future of their industry.