The NFU has postponed Back British Farming Day, its annual celebration of British food and farming due to take place today (14 September), out of respect following the death of Queen Elizabeth II. 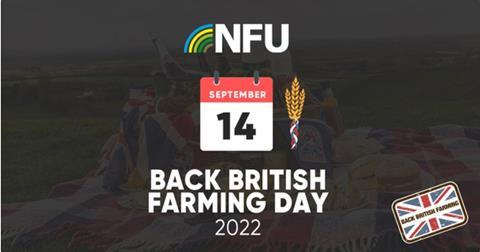 The NFU said the event will be rescheduled, with details to be released in due course.

In its seventh year, the NFU’s annual initiative celebrates the work of farmers and growers across the UK.

On the day MPs are encouraged to wear a wheatsheaf lapel pin badge to demonstrate their support for British farming.

In previous years, the Prime Minister, Leader of the Opposition and senior politicians have worn the pin during debates and Prime Minister’s Questions.

But this year’s event has been postponed, the NFU confirmed.

“Back British Farming Day has been postponed following the death of Her Majesty Queen Elizabeth II and the national period of mourning,” the union said.