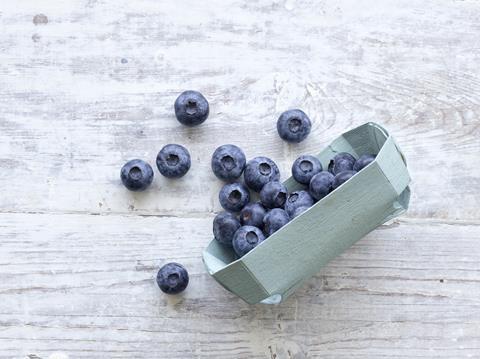 The British blueberry season is now in full swing, and growers are enjoying a sweeter and earlier crop this year.

According to British Berry Growers – the industry body formerly known as British Summer Fruits which represents 95 per cent of berries supplied to UK supermarkets – the recent warm, sunny weather and high levels of pollination are helping blueberries to taste sweeter, with more available earlier in the season.

Sunlight hours in June were above average, allowing more photosynthesis, which helped boost the natural sugar content of British blueberries.

The warmer weather earlier in the year has also been great news for pollinators like bees. Good early pollination means blueberries are available sooner and are in strong supply.

In fact, twice as many British blueberries are predicted to be picked in the first week of August (546 tonnes) compared to the same week last year (257 tonnes).

Appetite for British blueberries continues to grow, with over 4,600 tonnes bought by Brits last year. The total value of all blueberries purchased in the UK is worth £481 million to the UK economy.

“Blueberries have become renowned for their amazing health benefits and as farms continue to improve growing techniques with late cropping varieties to extend the season, we can offer fresh homegrown blueberries for longer.”

As a combined category, berries (strawberries, raspberries, blueberries and blackberries) are the most popular fruit category in Brits’ shopping baskets with a market share of 27 per cent.