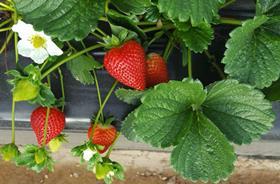 British Summer Fruits has called on the UK government to promptly release the extra 10,000 visas it has promised growers as part of the Seasonal Workers Scheme to help producers deal with the implications of the devastating Russian invasion of Ukraine.

The trade body warned that although it believes the SAWS operatorswill be able to recruit enough workers to fill their visa allocations, and more, they will have to increase recruitment in countries such as Romania and Bulgaria to replace the Ukrainian workers already recruited, which will taketime.

Under SAWS, workers are recruited from a wide range of countries including Romania, Bulgaria, Poland, Hungary, Ukraine and Russia.

BSF chairman Nick Marston said: “The new recruits are likely to be unskilled, whilst many of the workers who would have come from Ukraine also worked here in 2021 and thereforehave experience.

“This will reduce the productivity of our workforce and make it even more important that the Home Office release the promised 10,000extra visas promptly to ensure growers can get their crops picked with what will be a different and less efficient workforce.Growers’ production costs will also inevitably increase yet again to add to the challenge the industry faces.”

He added that the soft fruit sector doesn’t expect to see any significant reduction in planting as this activity for the 2022 season has already been carried out, or is being carried out currently,with growers already committed to both plants and production infrastructure.

As long as growers can accessenough labour to harvest their crops, Marston doesn’t anticipate any significant shortages of berries in 2022. But he said the cost and dislocation caused,with regard to harvest labour, “will put further strain on the longer-term viability and sustainability of the industry, requiring positive support fromgovernment, retailers and the public”.