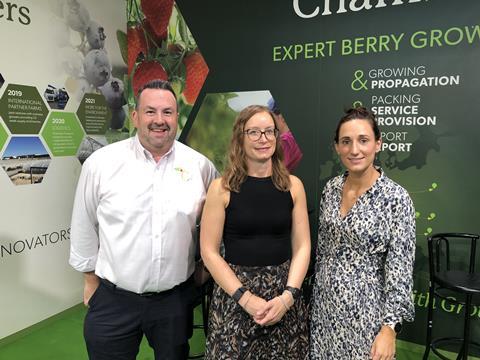 Last season, the British soft fruit producer had 15 hectares under production in the country, but this year plantings have more than doubled to 32ha.

Production is centred around Spain’s berry heartland of Huelva in the south west.

The motivation for the investment is to mitigate supply difficulties from Mexico, which occupies a similar supply window, and to offer UK customers more fruit grown closer to Britain during the winter months. This is benefit in terms of sustainability, transport costs and product freshness.

Chambers is mainly focusing on raspberry varieties suited to long cane production, such as Yana, a primocane raspberry with an elongated shape, large size and good transportability.