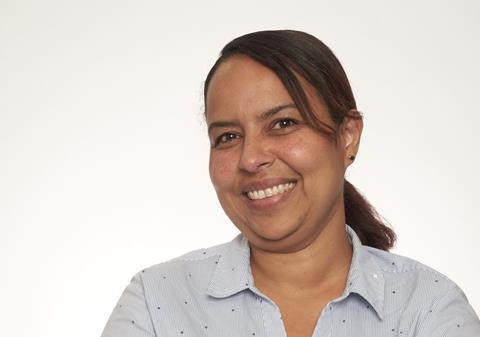 Mental health and emotional wellbeing have become a regular fixture on the corporate agenda. Post-Covid, the issue is even more prolific and as a result it is covered extensively across various media platforms. One in four people will experience a mental health issue in any given year, according to Mental Health First Aid England.

According to the Mental Health Foundation, men’s mental health is a significant problem with around one in eight experiencing a common mental health problem such as depression, anxiety, panic disorder or obsessive-compulsive disorder (OCD). Men aged 40-49 have the highest suicide rate in the UK but are less likely to access psychological therapies than women – only 36 per cent of referrals to NHS talking therapies are for men. Yet in a survey by Priory, although 77 per cent of men polled claimed to have suffered mental health problems, 40 per cent have never spoken to anyone about their mental health. Given these are only the reported stats, it likely that this is the tip of the iceberg.

In a male-dominated industry such as logistics, which has historically attracted more men than women – nearly 1.5 million people work in transport and logistics in the UK, but less than a quarter of these are female – it is likely that the topic of mental health remains something of a taboo subject. But with the Priory’s survey citing work as the biggest cause of mental health, isn’t it time the industry took action?

If ever there was a time that employees in our sector – both men and women – were under increased pressure and were therefore vulnerable to compromising their mental health, it is now.

Although recognised as key workers during the pandemic, companies involved in the transfer of essential goods including food and drink were frequently not acknowledged during the various lockdowns, although staff continued to work round the clock to maintain supplies, frequently putting themselves and their families at risk.

In addition to this, the mounting problems associated with Brexit, and the clear impact on the efficient movement of food and drink in particular, has made for an intensely pressurised work environment for employees, hindered by the constant changes in government guidelines and the subsequent confusion and ultimately prolonged delays at both air and seaports.

Add to this the intense stress caused by such delays to the HGV driver community, especially those delivering perishable goods where diminished shelf life is not an option, at a time when drivers were in short supply, and it’s fair to say that staff are working in a highly charged environment. Especially when, due to Covid and travel issues, most have been unable to totally sign off and get away to recharge the batteries.

At PML, a provider of logistics and supply chain solutions, we are taking positive action to address mental wellbeing. Ten members of staff at PML recently put themselves forward to attend a course run by Mental Health First Aid England. The course enabled delegates to access guidance on Mental Health First Aid and was designed to equip line managers with a step-by-step framework to help create a healthier workplace. It included a focus on key areas such as learning how to spot an employee experiencing mental ill health; how to manage and support them, while they are off sick and when they return to work; and advice on how to prevent the early symptoms of mental ill health escalating into a major illness.

The course has proved really beneficial by providing solid practical advice to help us spot the tell-tale signs that an employee’s mental health is being tested – and most importantly, to put in place practices and procedures to avert a situation resulting in a fellow colleague suffering a genuine mental health condition.

Noticing the little things like withdrawal from regular conversation, lack of cooperation, presenteeism (when an employee is constantly present at work despite being unwell), frequent complaints of being tired all the time, these can all point to a person not coping and needing support.

One of the strengths of the company has always been its genuine commitment to staff welfare and we believe that our industry needs to be more open about the need to discuss mental wellbeing. The training has opened our eyes to the importance of this and we are now looking at training further staff to ensure mental first aid becomes as important as physical first aid within our business.

Being open to discussing mental health is a major step forward, and is particularly relevant for lone workers, such as HGV drivers who may spend many hours without the companionship and support of co-workers. PML has already committed significant investment towards improving the physical welfare of HGV drivers at its state-of-the-art transport and logistics hub in Kent, which includes a driver welfare unit offering 24/7 on-site security and secure parking to enable drivers to get a good night’s sleep without fear of break-ins or migrant stowaway attempts. There are also clean toilets and showers, access to on-site catering for hot meals and snacks, and vending machines offering essential toiletries. However, acknowledging the need to monitor signs of emotional distress is now an equal priority.

Protecting staff from mental illness makes sense both morally and commercially. Staff retention is an excellent marker for a happy workforce and companies that fail to wise up to the growing awareness of mental and physical wellbeing will be adversely affected. Losing staff is costly ­– it takes time and extensive training to replace valuable employees and can create a climate of unrest within the team. Similarly, long-term and frequent absenteeism is also expensive and disruptive.

We should all be trying harder to create a pleasant and stimulating environment conducive to encouraging a sense of wellbeing. Equally, as employers, we also have a responsibility to be available to staff to discuss any problems which might relate to outside of their jobs. Being able to demonstrate genuine concern for an individual should not extend exclusively to when they are in the workplace.

As the UK’s Time To Change social movement first decreed in 2007, it’s time to change the way people think and act about mental health problems. Let’s make sure that extends to the logistics sector.