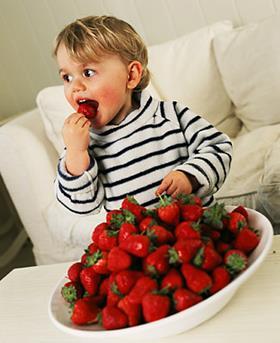 International scientists have today (12 October) suggested that the daily recommended dose of vitamin C is doubled after claiming current levels are informed by a “shocking” World War II study by the Sorby Research Institute.

The World Health Organisation currently advises a daily intake of 45mg and the NHS advises a similar dose of 40mg.

But University of Washington scientists say these dosages need upgrading – and argue modern scientists and health professionals have failed to comprehensively re-examine the 77-year-old research until now.

For most Brits, this is an unexpected bombshell they never expected to deal with from World War II. Many are now asking how on earth to double their vitamin C intake – which can already seem a daunting daily challenge. The answer, according to British Summer Fruits, is berries.

A tastier, juicier, and more exciting option than supplements – berries are full of vitamin C and more, it says. Strawberries are high in fibre, low in calories and sugar, contain no fat.

Blueberries, meanwhile, are one of the most nutrient dense berries with fibre, vitamin C, vitamin K and manganese. They also have one of the highest levels of antioxidants, specifically anthocyanins.

The berry is ranked near the top of all fruits for antioxidant strength, they are particularly rich in ellagic acid, quercetin and anthocyanins – all powerful antioxidants which have proven health benefits and help protect the body against disease.

Blackberries contain a wide range of nutrients, including vitamins C and E, beta-carotene, potassium and magnesium as well as fibre and other plant nutrients that have numerous health benefits.

These include flavonoids, which have powerful anti-inflammatory and immune system benefits. They also give blackberries their deep purple colour.

British blackberries are in currently in season and in abundance across British stores.

Nick Marston, Chairman of British Summer Fruits commented: “Many Brits are understandably wondering how to double their vitamin C consumption following the first re-examination of our recommended daily intake since 1944. The good news is we know British berries to be an effective and tasty way to boost these levels. What’s more, British blackberries look and taste fantastic right now and are a perfect snack to purchase to make this change of habit a little easier to implement”.

A wide variety of berry recipes can be found at www.lovefreshberries.co.uk/recipes

Love Fresh Berries is the year-round campaign from British Summer Fruits which showcases the health benefits, versatility and all-round availability of berries in the UK with the objective of growing demand for fresh berries by introducing new consumers and increasing the frequency of purchase.

The Love Fresh Berries campaign, which shares the latest information and facts with berry fans, is a year-round campaign funded by British Summer Fruits, the industry body that represents 95 per cent of UK berry growers.