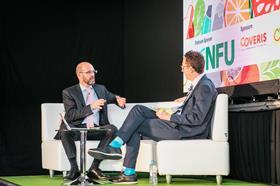 Getting ready for the merger that never was – a £7 billion deal to combine Asda and Sainsbury’s – has left the former’s fresh produce sourcing division International Procurement & Logistics (IPL) in notably better shape, according to managing director Mike Snell.

In particular, he said, preparing for the creation of what would have been the UK’s largest supermarket retailer had left IPL in great shape for various challenges ahead including Brexit, a reduction in plastic usage and the continued evolution of its direct procurement model.

“The merger was a great thing for IPL,” he explained. “We used it as a call to arms to unite everybody in the business and we put in a lot of improvements. From a process point of view, I thought it was a very good thing, although we feel like we’ve trained for a race that we’ve never run.”

Asked about the various challenges he saw ahead for IPL, Snell was careful not to convey too much concern about a potential no-deal Brexit. “We’re prepared [for shortages] as much as we can,” he explained. “It’s not necessarily the case that no deal brings shortages, it’s delays at ports. If lorries go through three checks or have the wrong paperwork, there will be problems. If things are waved through, no problem.”

In the meantime, other challenges like cutting unnecessary plastic out of the supply chain or boosting consumption among young people appeared more pressing, he suggested. “Plastic reduction versus the need to keep produce fresh is the biggest single issue on produce for me,” he commented. “I think it’s a misunderstood one too. We look at where we can take plastic out. For example, we’ve just taken all the pots off the fresh herbs we sell. It cost us five pence per unit, but we haven’t sold any more herbs as a result. It’s a big tick to save a lot of plastic though, and maybe it will build into loyalty and we see the benefit in six months or so.”