Farming and horticulture associations from around the British Isles came together last week to pay tribute to Queen Elizabeth II, who died peacefully aged 96 on Thursday (8 September), and to offer their condolences to the Royal Family. 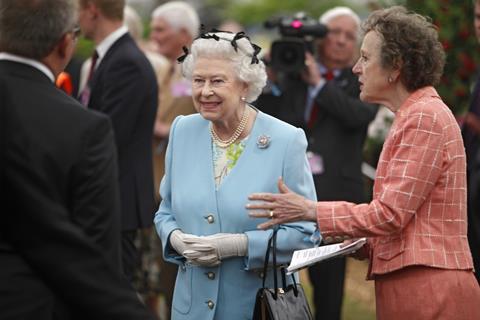 News of the Queen’s death at Balmoral, her Scottish home, came suddenly on Thursday – just six hours after it emerged was seriously unwell. She had been photographed two days before formally appointing Liz Truss, the new Prime Minister.

The Queen is succeeded by her eldest son and heir, until then the Prince of Wales, who became King Charles III on the moment of her death.

Offering her condolences to the Royal Family, NFU President Minette Batters said: “Words cannot describe the deep sense of sadness that I and the rest of the farming community will feel at the news of the passing of Her Majesty the Queen.

“Her Majesty has been the embodiment of duty and public service, seeing the country through seven decades where we have seen huge change in our nation and in our fields,” she wrote.

“The Queen’s deep connection to the countryside has been valued enormously by farmers and has left a remarkable legacy that will continue for generations.”

In his tribute, NFU Cymru President Aled Jones said there is a “deep feeling of melancholy amongst the Welsh farming community following news of the passing of Her Majesty the Queen”.

He added: “Her Majesty was a symbol of dedication and commitment to public service, she has been a stoic servant to the country for an extraordinary seven decades, a remarkable reign at the throne of our monarchy.”

UK organic farming body, the Soil Association, whose patron is King Charles III, issued a statement expressing ”immense admiration” for the Queen’s ”extraordinary service to the UK and the Commonwealth”.

“We will celebrate and miss her equally as a remarkable monarch, inspirational woman and a warm and trusted constant across seven decades,” said Helen Browning, Soil Association CEO. “Our thoughts and condolences are our patron and the entire Royal Family.”

The Oxford Farming Conference, whose patron is HRH the Princess Royal, said: “It is with great sadness that we received the news of the passing of Her Majesty The Queen Elizabeth II.

“Throughout her 70-year reign, she has been a passionate advocate of agricultural and rural life, both at home with her own farm and livestock, and by attending the many events and shows across the country and Commonwealth.

“We send our deepest condolences to His Majesty The King, the Queen Consort, Her Royal Highness the Princess Royal, Patron of the Oxford Farming Conference, and the Royal Family. We wish them strength as they mourn their loss and reflect on the remarkable legacy that she leaves behind.”

And in a letter of condolence to King Charles on behalf of the Worshipful Company of Fruiterers, its liverymen and staff – past and present, Master Fruiterer Laurence Olins wrote: “Throughout her long life, Her Majesty was a constant source of inspiration and service to the nation that will sorely miss her. Her examples of service, duty and loyalty are timeless and ones that we can and will follow.”

The Queen’s death set in motion a period of national mourning, which will culminate in a state funeral at Westminster Abbey on Monday 19 September.