Fyffes on the hunt for best banana dessert 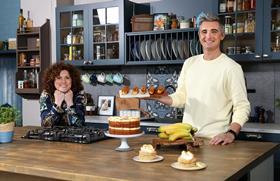 Irish celebrity chef Donal Skehan has launched a search for the country’s best banana dessert in partnership with Fyffes.

The popular food presenter, who rose to fame with the former Irish pop group Industry, is looking for the best dish with banana as its key ingredient.

It is a continuation of Skehan’s partnership with the Fyffes brand – lastyear his task was to judge Ireland’s most creative banana bread bakers, with overall winner Gillian Carney gaining national recognition.

The event is part of celebrations to mark National Banana Day on 21 April, a national drive to encourage healthy eating – especially among young and growing children – and to remind shoppers to ‘think bananas’ when choosing a nutritious food or meal accompaniment.

Entries are open from 14-19 April, with winners announced on National Banana Day itself. Prizes will go to the overall winner, as well as winners of a number of additional categories, including one for junior entrants.

Fyffes marketing manager Emma Hunt-Duffy said: “We witnessed some exceptional entries last year for the banana bread initiative, so are excited to see how families around Ireland take up this challenge.

“Aside from raising awareness of what a fun and versatile fruit the banana is, we want to capture as many creative ideas, ingredients and recipes as possible, then share them far and wide.”