Government to consult on gene editing 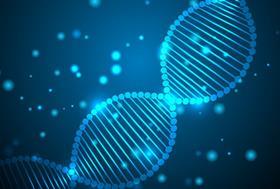 The government has unveiled plans to consult on gene editing, which it said could help farmers produce crops resistant to pests, disease or extreme weather and to produce healthier, more nutritious food.

Environment secretary George Eustice was due to unveil his plans at the Oxford Farming Conference on 7 January, and announce that the consultation will run for ten weeks until 17 March.

The way that plants and animals grow is controlled by the information in their genes, and technologies developed in the last decade enable genes to be edited much more quickly and precisely to mimic the natural breeding process. Gene editing is different to genetic modification, where DNA from one species is introduced to a different one. Gene-edited organisms do not contain DNA from different species, and instead only produce changes that could be made slowly using traditional breeding methods.

A legal ruling from the European Court of Justice in 2018 means gene editing is regulated in the same way as genetic modification, but the government says the UK's exit from the EU gives it the possibility of introducing the technology.

The consultation will focus on stopping certain gene-editing organisms from being regulated in the same way as genetic modification, as long as they could have been produced naturally or through traditional breeding. This approach has already been adopted by a wide range of countries across the world, including Japan, Australia and Argentina, according to Defra.

The government added that it would continue to work with farming and environmental groups to develop the right rules and 'ensure robust controls are in place to maintain the highest food safety standards while supporting the production of healthier food.'

Eustice was due to tell the Oxford Farming Conference: 'Gene editing has the ability to harness the genetic resources that mother nature has provided, in order to tackle the challenges of our age. This includes breeding crops that perform better, reducing costs to farmers and impacts on the environment, and helping us all adapt to the challenges of climate change.

'Its potential was blocked by a European Court of Justice ruling in 2018, which is flawed and stifling to scientific progress. Now that we have left the EU, we are free to make coherent policy decisions based on science and evidence. That begins with this consultation.

'Consulting with academia, environmental groups, the food and farming sectors and the public is the beginning of this process which, depending on the outcome, will require primary legislation scrutinised and approved by Parliament.'

Professor Robin May, the Food Standards Agency’s chief scientific advisor, welcomed the consultation. 'The UK prides itself in having the very highest standards of food safety, and there are strict controls on GM crops, seeds and food which the FSA will continue to apply moving forward,' he said.

'As with all novel foods, GE foods will only be permitted to be marketed if they are judged to not present a risk to health, not to mislead consumers, and not have lower nutritional value than existing equivalent foods. We will continue to put the consumer first and be transparent and open in our decision-making. Any possible change would be based on an appropriate risk assessment that looks at the best available science.'

News of the consultation also received a warm response from the NFU. Vice president Tom Bradshaw said: 'New precision-breeding techniques such as gene editing have the potential to offer huge benefits to UK farming and the environment and are absolutely critical in helping us achieve our climate change net zero ambition.

“In our drive to achieve net zero by 2040, these new tools could help us address pest and disease pressures on our crops and livestock, increasing our resilience in the event of extreme weather events, as well as reducing our impact through a more efficient use of resources, resulting in lower emissions and less waste.

“New biotechnologies are also enabling the development of foods with much more direct benefit to the public, such as healthier oils, higher vitamin content and products with a longer shelf life.

“Certainty, transparency and trust in the regulation of biotechnologies, such as gene editing, are essential for farmers and industry, society and scientists, so that safe and effective precision breeding can be delivered as part of a thriving, knowledge-based, food and farming sector and we look forward to responding to this government consultation in detail.

“We know that on its own gene editing will not be a silver bullet, but it could be a very important tool to help us meet the challenges for the future.”

'Not a responsible, proven solution'

By contrast, OF&G (Organic Farmers & Growers) urged caution, calling for government assurance of a meaningful consultation, and not just “lip service” to a done deal.

The organic certification body warned that unless a wide range of views are properly considered, the outcome could “negatively impact on market access along with damaging the economic and ecological landscape for farming across England, and potentially the rest of the UK”.

Roger Kerr, chief executive at OF&G, said there’s an “acute lack of peer-reviewed, independent research” to back up the Eustice’s claims about GE.

“Science has shown the climate and ecological crisis is having serious, negative effects on our food production systems,” he said. “GE isn’t a responsible, proven solution.”

He added: “We want this to be a true and fair consultation on gene editing and seek assurance from government that this will be the case, and that all voices will be heard, and their views taken into account.

“In Mr Eustice’s speech, he suggested GE ‘could unlock substantialbenefits to nature, the environment and help farmers with crops resistant to pests, disease or extreme weather and to produce healthier, more nutritious food’.

“And on the day of his election in July 2019, the prime minister, Boris Johnson, openly advocated genetic modification (GM) and GE, and sought to reverse its ban in the UK.

“It’s concerning that GM and GE are being openly addressed by the prime minister and environment secretary as though it’s already part of agricultural policy. We worry the consultation is simply paying lip service to a deal that’s already been done. And that is simply not acceptable.”

According to Kerr, “organic already delivers profound environmental benefits, along with robust and resilient food systems that can future-proof UK food production in the post-Brexit era.”