Growing media mixes it up 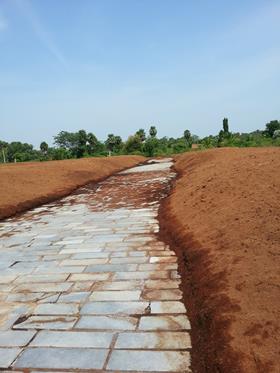 Coir is dried before being compressed into blocks

A crucial yet niche sector of the fresh produce industry, the affordability and popularity of various growing media is affected by anything from the price of timber to the intensity of monsoons in south Asia.

Of these, peat, coir and bark are most common in the commercial horticulture industry, according to chair of the Growing Media Association, Steve Harper, although some “reasonably-sized” growers have found wood fibre and green compost to work. As a mixture of recycled ingredients, green compost can often be challenging for growers who rely on reducing as many variables as possible to meet exact yield targets. Wood fibre, on the other hand, faces other challenges.

“The most common ingredient is still peat but wood fibre has become more common recently,” explains Harper. “However, the price of wood is going up as it tends to be related to the building industry, and they haven’t been building at the same rate as they have been. Timber prices have gone up and are likely to go up further. As a result, one or two manufacturers are using alternative materials.

“Green compost is a good low-cost alternative, coir is another great product that is very consistent and very stable, or when making peat-free products manufacturers may use bark. Peat and wood fibre are the other two that make up the five core ingredients in most mixes, and aside from some R&D in the background these will remain the core ingredients in the future,” he adds.

Tom de Vesci, managing director of coir supplier Horticulture Coir, says many growers, particularly in the soft-fruit sector, turned to coir as a peat replacement, as it has a similar structure. “The soft-fruit sector in particular has chosen coir, due to its longevity. Peat breaks down into mush much quicker than coir. You can re-use coir in more than one grow bag, whereas peat usually is just for one,” says de Vesci, whose company owns four coir factories across southern India and works with distributor HL Hutchinsons in the UK.

A by-product of the coconut industry, coir is made from the husk of the coconut, which is then washed, dried in the sun, compressed into blocks, palleted and shipped dry in containers.

As it can be naturally high in salt levels, which can inhibit nutrient uptake by plants, de Vesci says coir is usually treated with calcium nitrate either before or after purchase – a process known as buffering. “Growers are becoming more confident in doing this process for themselves, which saves them a lot of money,” he notes. “Growers are now choosing washed but not buffered coir, which is an interesting development.”

Renewability is a hot topic in a sector that until recently was propped up by peat, but the industry has been proactive in exploring which media is most sustainable. A new sustainability ‘calculator’ is set for launch this year that will allow growing media manufacturers to have their products audited against a set of sustainability benchmarks, and then offer the scores to growers as concrete evidence.

Peat obviously scores low on renewability, says de Vesci, whereas coir has an abundance of raw material that is renewed each year with the coconut harvest. “If you had to point the finger of sustainability at coir, it would be water. The issue of water responsibility, such as how you dispose of it, is one of the issues,” he says. “In 2015 we had a lot of rain, which was incredibly difficult for the coir industry as we couldn’t dry anything. But on the upside, the trees are now very healthy and there are low levels of salt, so we are optimistic for this year.”