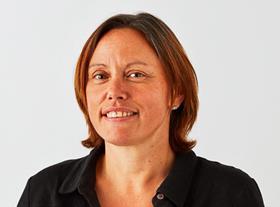 Retail bosses and individuals involved in the supply of fresh food to the public and the needy during the pandemic have been recognised in the New Year's Honours list.

Ocado chief executive Mel Smith and Co-op Group chief executive Joanne Whitfield both received a CBE for services to retail and the food supply chain during the Covid-19 response.

There was an MBE for Mary McGrath, chief executive of FoodCycle, for professional and voluntary services to disadvantaged people, and the same award for Alex Mayfield, supply chain and operations director at Brakes, for services to the food supply chain and the vulnerable.

Nicholas Speight, HR leader, and Joanne Gates, food retail worker at the Co-op, both received MBEs for services to the food supply chain during Covid-19.

Spar food retail worker Linda Carrington and Co-op staffer Joanne Gates both received a British Empire Medal for services to customers, while Azizur Rahman, food section manager at M&S, was handed the same award for services to the community in London.

Sarah Hampton collects a British Empire Medal for voluntary services to the Hastings Foodbank, as does Elizabeth King, the founder of the Square Mile Food Bank, for voluntary service to the community in the City of London. Founder of The Sikh Food Bank, Charandeep Singh, gets a British Empire Medal for services to charity during the Covid-19 response.

Away from Covid, former Tesco chief executive Dave Lewis received a knighthood for services to the food industry and business. Lewis oversaw a huge turnaround in fortunes since taking over at the supermarket leader, revamping its image, improving relations with suppliers, and putting the emphasis on food waste and packaging reduction.