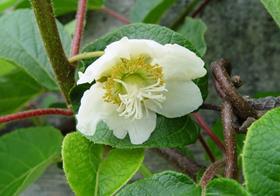 House-building plans are to be submitted to help save a Jersey flower delivery company that was at one time the island's biggest exporter to the UK.

The Jersey Evening Post reports that Jersey Choice is aiming to build a housing development on part of its site on Rue de Grantez and Chemins des Monts.

Jersey Choice chairman Frank Walker said that if approved, the profits from the scheme would be put back into the business, which employs around 70 people, to help secure its future.

However, neighbours have expressed serious concerns about the potential amount of traffic generated by the development.

He added: 'The whole basis of this plan is to keep a Jersey business in Jersey and to protect the jobs of our 70-odd employees.

'Under the plans the glasshouses would go and part of the site would be returned to other agricultural use or returned to nature.'

He added: 'We are not property developers and this is not something we would normally look to do.

'If this fails the owner is likely to have to sell the business. There is no likely purchaser in Jersey and that would mean selling the company outside of the Island.'

According to the Post,the property move can be traced back to the decline of the fulfilment industry several years ago after the Low Value Consignment Relief tax loophole - which allowed low-value goods to be exported from the Channel Islands to the UK VAT-free -closed.