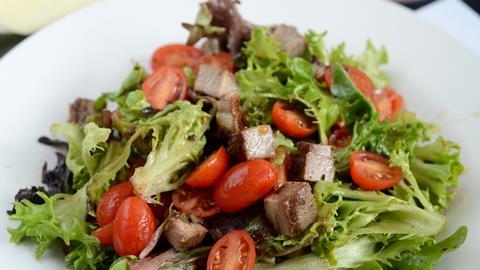 Family attractions in the UK are offering a “shocking lack of vegetables” on their kids’ lunch menus, despite sourcing more local and British ingredients.

That was one of the conclusions from the Soil Association’s Out to Lunch campaign, which encouragingly found that nine of the UK’s 16 leading attractions are sourcing local ingredients and that half of them are sourcing 100% British meat, compared to a third in 2018 when the investigation last visited.

The charity carried out its research using an army of “secret diner” parents to assess the quality of food on offer.

However one of the strands of the investigation focused on healthy food, particularly for children, and uncovered a huge lack of vegetables on offer. Less than half of the leading attractions are serving veg with every kids meal, while adults are offered a much larger and diverse menu with more choices to eat healthily.

In response to the campaign, nine destinations have now committed to serving veg with every kid’s meal, providing another opportunity to support British farmers.

That would also help to meet parents’ expectations, according to the Soil Association, after the investigation found having a range of children’s meals and healthy options were the top priorities for parents on a day out.

More than half of parents surveyed chose one of these options as their number-one priority, compared to just 1% who picked “treat” or “junk” food

Soil Association head of food policy Rob Percival said: “Everyone likes a treat, but our secret diner parents told us they want diverse and exciting children’s menus. They also want attractions to make it easy for their youngsters to enjoy a healthy meal on days out. Some of these attractions simply must do better.

“Offering more veg isn’t that difficult or expensive and the tens of thousands of kids meals being served by these attractions provide an excellent opportunity to support the production of healthy, sustainable food here in the UK.

“There is little variation in meal prices between the top and bottom of the league table, and several high-performing attractions have free entry, so some of these attractions simply must do better.”

Good examples of local sourcing in the investigation included Cornish meat at the Eden Project, a large variety of Scottish produce at both Royal Botanic Gardens Edinburgh and Kelvingrove, and Chester Zoo won points for sourcing meat and dairy from Cheshire and the Ribble Valley.

Percival added: “We are really pleased to see visitor attractions supporting local, British farmers. Some of these attractions are really leading the way in sourcing ingredients that are not only British but produced on their doorsteps in their local area. It is particularly encouraging to see this when we know caterers deal with rising prices, staff shortages and supply chain disruption. It is a testament both to the efforts of the attractions, and to the quality of British products.”

There were, however, five attractions that failed to answer the Soil Association’s questions. “Serious concerns must be raised when an attraction doesn’t come clean about their ingredient sourcing,” Percival said. ”What are they trying to hide? Rising ingredient costs are putting a huge strain on caterers, but transparency across our food chain is not only what parents are demanding, it’s the only way we can meet our environmental goals.”