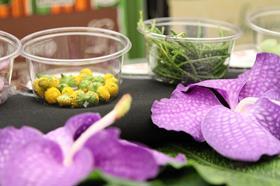 Paul Da-Costa Greaves has taken on the role of country manager and will look after the UK and Ireland, while Franck Pontais has been appointed as development and innovations chef.

Both men are trained chefs and will present the Koppert Cress collection, visit restaurants and interact with chefs.

In a statement Koppert Cress said it is proud to have two professionals join the company in its drive to make products available to British and Irish gastronomy.

Kaffir Lime Leaves combine with fish, lamb, pork and chicken and can also be used in both alcoholic and non-alcoholic drinks.

Cardamom Leaves can also be added to drinks or used in sauces or stocks.