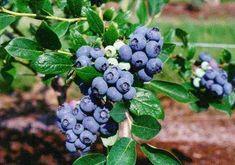 The new company, called African Blue, will produce fruit from February to June.

The Moroccan project has been developed over the last five to six years, and the first stage will cover 200 hectares.

The first small-volume trial shipments from African Blue will be sent to the UK in early 2009.

This will go head to head with Spanish and late-season Chilean product.

Richard Parke-Davies, managing director of Redbridge Worldfresh, parent company of The Summerfruit Company, sees enormous potential in the project. “Together, the partners combine to deliver a force with the best mix of knowledge, varieties, skills and infrastructure, capable of satisfying growing consumer demands in a window of opportunity,” he said.

The initiative will have BerryExchange, which markets the majority of blueberry production in Australia, as a key partner. BerryExchange general manager Peter McPherson estimates that the project will reach a production capacity of 1,400-1,600 tonnes over the next three to four years. “We are not sure how big we will take this project, but the demand is such that it could extend to 1,000ha,” he said.

The project will use the existing infrastructure at Agro Gailes.

“Morocco combines the best early-season varieties with one of the lowest production cost bases in the world, and we can build on Agro Gailes’ strawberry supply chain to create gateways to whichever markets we see fit,” Parke-Davies said. “The Summerfruit Company markets over £100 million of strawberries, raspberries and blueberries annually, for the major retailers across Europe and the UK, and has worked with Agro Gailes for seven years to supply the UK with large volumes of strawberries.

“The driving force behind the Morocco project was to find a quality, cost-effective source of blueberries, which could satisfy the stringent demands of our increasingly discerning consumers,” he added.