Launched during an event at the NFU’s London office in Westminster today (27 April), the NFU’s new ’30, 30, 30+’ ambition is designed to be achieved in partnership with government and should be a driving force to showcase ”the fantastic British brand and put British food on plates across the world”, the NFU said.

The strategy contains a 10-point plan to make this ambition a reality, which includes:

Speaking at the launch, NFU President Minette Batters said: “The premium quality of British food is recognised all around the world. Our iconic products, such as Cheddar cheese and British lamb, are not just known for their quality, but the high standards and sustainability they are produced to.

“As we enter a new world where the UK aims to be a major player in global trade, and our farmers will be facing much more competition from imports, now is the time to drive our agri-food exports. There are some fantastic opportunities for Britain in our new trading relationships and for British food and farming.”

She added: “With an estimated 2 billion more middle class consumers by 2050, we know there will be appetite to buy British food around the world. Our farmers can offer the quality, innovative and premium products they demand.

“British farmers are ambitious. We want to work with the government to increase our agri-food exports by 30 per cent by 2030 and see tangible progress. The 10-point plan we have put together can help achieve this, but it needs commitment and resource from government to enable this growth,” Batters said.

“We also shouldn’t be afraid to take a leaf out of our competitors’ playbooks either. The likes of Australia, New Zealand and the USA are competitive exporters because they put the experts and resources into their target markets. That’s something our government should be looking to emulate and work with farmers to achieve.” 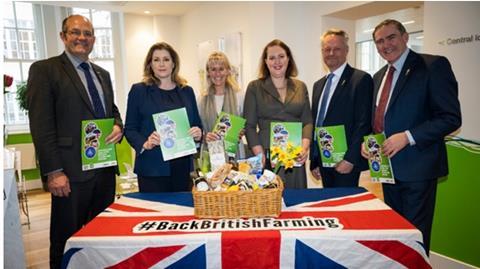