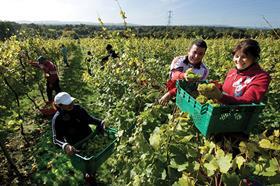 The NFU has described the possibility of a no-deal Brexit as 'catastrophic for British food and farming'.

Speaking at the Westminster Insight Future of Farming and Agriculture conference, NFU director of policy Andrew Clark stressed that the union will be assessing any deal against its six principles agreed at the NFU’s Extraordinary Council in December.

He said: “This is a pivotal moment for British food and farming. Currently, we are just 67 days away from the UK leaving the EU and it is critical the government avoid a no-deal Brexit, which would be catastrophic for Britain’s farming sector.

“There is a very real risk that a no-deal Brexit could lead to an effective trade embargo on the export of animals and animal products to the EU, causing considerable disruption, but also the government could choose to unilaterally lower import tariffs on food. This could lead to our market being open to imports of food produced to lower standards than those upheld by British farmers.

“It is crucial we avoid this outcome and the NFU will be assessing any deal on the table against our six key principles, which include vital measures for our sector such as ensuring free and frictionless trade with our biggest trading partner, maintain access to the seasonal and permanent workforce required by the UK food chain and implementing a new domestic policy that supports food producers.

“As well as negotiating our future relationship with the EU, the government now has a once in a lifetime opportunity through the Agriculture Bill to establish a framework that supports farmers as food producers and custodians of the countryside once we leave the Common Agriculture Policy (CAP).

“It is vital that this new piece of legislation is ambitious and lays the foundations for farming to be more competitive, resilient and sustainable, with food production at its heart.'