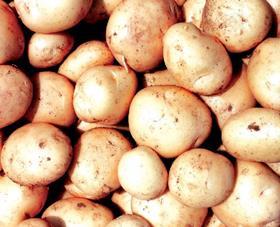 Potato farmers and packers in Northern Ireland have joined forces in a bid to halt the decline in sales.

The £120,000 campaign is being driven by the recently established Northern Ireland Potato Promotion Stakeholder Group, and will be part0funded by the potato industry in Northern Ireland.

The funding model for the promotional campaign envisages voluntary contributions from packers, ware and seed growers and the other sectors operating within the industry.

Campaign co-ordinator Ian Duff said: “This is not a funding model based on some form of statutory level; rather we would like all interested parties to come forward on a voluntary basis.”

The initiative breaks new ground in terms of the voluntary funding model, and follows on from the (British) Potato Council and Irish agricultural promotion body Bord Bia's £4.5 million promotional campaign in Britain and the Republic to promote the potato industry. That campaign involves £2.5m from the EU, and the Northern Ireland group hopes to be able to access promotional funding from Brussels at some point one day.

Ivor Ferguson, chairman of the Potato Promotion Stakeholder Group, said: 'There is no reason why we in Northern Ireland cannot go down this road in the future. But a prerequisite to all of this will be the necessity for the Northern Ireland potato sector to demonstrate that it has the wherewithal to secure financial commitments from the various industry stakeholder groups.'

It is hoped that the industry financial support will be in place in March for the start of the Northern Irish promotional campaign.

The potato sector generates around £23m (1.5 per cent) of Northern Ireland's gross agricultural output. Around one per cent of the region's land is used to grow potatoes. Twelve per cent of farms grow upwards of 65 per cent of potatoes.

Sales of potatoes have declined steadily in recent years as - among other things - consumers switch to other carbs such as pasta.