Opinion: Retail and foodservice are 'converging' 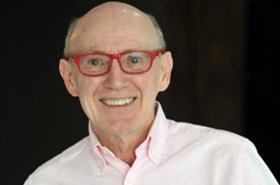 David Hughes is a professor of food marketing

Retail and foodservice are converging at an accelerating rate. What is quite clear is that if you look at the IGD data for the next three to five years, there’s no growth in hypermarkets and supermarkets. There’s plenty of growth in online and hard discount, but I would suggest that if you look at the Simply Foods and Tesco Expresses in big urban centres, increasingly they look exactly like the units that we used to call foodservice 10 years ago.

When looking at how supermarkets will evolve over the coming years, the real question is where people elect to purchase or eat the food that will feed them and their families.

The proportion of food that is chilled has increased substantially, and will continue to do so. Twenty years ago we would buy things that we used to call ‘ingredients’. We don’t do that now. Increasingly we buy the meal components, or even the entire meal. And the rate at which that is changing continues to accelerate.

The challenge for those in fresh food is that 10 years ago people would say: “What’s for dinner on Wednesday night?” and the answer would be “beef”. They never say that now. It’s pizza, Chinese or Italian. Look down the chilled aisle in any supermarket and what it does is mimic the eating-out experience.

Premiumisation has continued and I don’t see much growth in the value end of the prepared food market. But it’s premium at extraordinarily affordable prices. It shows the pressure that retail is putting on foodservice. You can eat out and it’ll cost you £20 without a drink, but you can prepare a meal for two at home in five minutes and it’ll cost you £5. So don’t think of what will the supermarket of the future look like – that’s a distraction. Think about where people will be finding their meal solutions.

The opportunity – and the challenge – for suppliers is in finding products that fit into all that. Put your product in a format that can be included in those meal deals at supermarkets. If you don’t do that, it won’t be included. You’ve got to ensure that your products meet the lifestyle requirements of consumers.

For fresh produce, look at the brilliant success of spiralisation when it comes to traditional vegetables. If, for example, you are a cauliflower producer, that’s now not an ingredient, it’s a sub-ingredient. You’re one step further away from the consumer now. The customer is going to buy it from you and put it into a form that’s closer to the requirements of consumers. That’s the challenge for traditional fresh produce guys. They need to get closer to consumers, but to do that they need to add more value to their product.