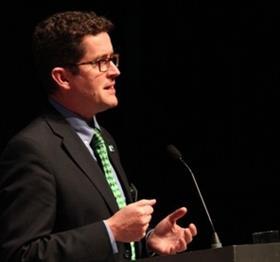 The Fairtrade Foundation has called on the UK government to work harder to clean up food supply chains and tackle the vast amount of carbon emissions ‘hidden’ in imported food and products that Brits want but can’t grow in the UK.

In a new report published to mark Fairtrade Fortnight (22 February-7 March), the Fairtrade Foundation argues that current efforts from government and business fall short of what is needed to protect small-scale farmers on the frontline of the climate crisis in low-income countries.

The report, entitled 'A climate of crisis: farmers, our food and the fight for justice', warns that global heating is causing irreparable harm to agricultural communities overseas and could also seriously hinder the UK’s food supplies in the coming decades. It urges the government and private sector to ‘take stronger, faster action’ to drive down emissions in agricultural supply chains, to support farmers and safeguard the future of imported favourites such as coffee, cocoa and bananas that are at risk from changing weather patterns.

The report highlights the problem of the UK’s ‘hidden’ carbon footprint: the greenhouse gas emissions generated overseas - including in poorer, climate-vulnerable nations - to create food and produce to meet UK demand. Figures show that nearly half (46 per cent) of emissions linked to UK consumption are in fact created overseas, while 54 per cent is domestically produced.

If the UK’s hidden carbon footprint were a country, it would rank higher than over 170 other nations in the global tally of biggest emitters, according to the Fairtrade Foundation, and it is several times higher than the total footprint of many low-income countries who supply the UK’s food. Nevertheless, it adds, the UK’s climate targets only address its domestic footprint, not offshore emissions. The Fairtrade Foundation is now urging the UK to 'stop dumping our emissions on poorer nations and take responsibility for its true carbon footprint', by including offshore emissions in its net-zero target.

Fairtrade Foundation chief executive Mike Gidney said: 'Although the UK is on a welcome path to net-zero emissions, if we don’t own up to our hidden emissions, our climate policy will never fully succeed in driving down our true footprint, and we will fail the small-scale producers overseas who grow the food we Brits love to consume. Fairtrade Foundation believes these invisible emissions are, ultimately, the UK’s responsibility: they take a heavy toll on the farmers who keep our shelves stocked and fridges full, and who are disproportionately affected by climate change.

'Not only is the climate emergency threatening the livelihoods of farmers in low-income nations, it’s also jeopardising the future viability of their crops, meaning supermarket staples like chocolate and coffee could conceivably become luxury items by 2050 if global heating continues apace. We must stop outsourcing the burden of responsibility for tackling UK-driven emissions to other countries, including much poorer ones who have done the least to cause climate change.'

The Fairtrade Foundation wants the UK government to include international aviation and shipping in its carbon budgets and set out a clear policy to reduce these emissions, as recommended by the UK’s Climate Change Committee.

'Richer nations like ours have a historic responsibility for emissions, but farming communities across Asia, Africa and Latin America bear the brunt of the crisis, at a time when they continue to suffer the economic impacts of the Covid-19 pandemic,' Gidney continued. 'Alone, they don’t have the resources to withstand climate impacts such as the more frequent and stronger droughts, floods and storms that ruin crops and ruin lives.

'All this seriously undermines farming communities’ efforts to escape poverty – especially if the climate adaptation funding for producer countries remains inadequate – and closer to home, it has serious consequences for our own food security. That’s why, this Fairtrade Fortnight, we are calling for climate justice for farmers.'

Figures in the report show that 2011-2020 was officially the warmest decade recorded. According to the Fairtrade Foundation, if current rates of warming continue, experts predict that by 2050, adverse climate conditions will trigger a drastic decline in banana yields in 10 countries.

Against this backdrop, the Fairtrade Foundation wants the government and UK businesses to ensure farmers overseas have the funds to adapt to the climate reality – including by ensuring they receive higher, fairer prices for their produce. The Foundation also recommends that the government’s trade policy should 'help, not hinder, the path to net zero'.

'It’s a scandal that millions of farmers still earn too little for their food crops,' Gidney said. 'We can’t expect them to tackle the climate emergency if we won’t ensure they earn a decent income: that’s why Fairtrade continues fighting for living incomes. Without fair prices and fairer trading practices, chronically underpaid farmers will continue to struggle to pay for essentials like food and healthcare, let alone protect their crops from climate damage. They need comprehensive financial support: it should not fall to them to deal with a crisis not of their making.'