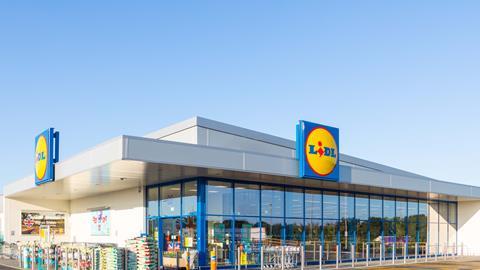 Proctor & Associates says Lidl case is ‘tip of the iceberg’

Company CEO Deane Proctor says suppliers are still afraid to bring claims against retailers, as he prepares to sue Lidl for £2.6m

Fruit and vegetable supplier Proctor & Associates says its legal action against Lidl for allegedly delisting products without reasonable notice is evidence that retailers can still “ride roughshod” over relationships with suppliers with relative impunity.

The Lincolnshire-based company, which once supplied Lidl with over 57 different fresh produce lines, is suing the discounter for £2.6m to cover losses it says it incurred when a number of its products were delisted without, it claims, reasonable warning.

Proctor & Associates says it was forced to cease trading because Lidl was its sole customer. It has filed a claim at the high court and accused the retailer of poaching several of its own suppliers.

When approached for a response, Lidl said it was “in the process of reviewing the claim” and would “be responding in a legal capacity in due course”.

In some cases, company CEO Deane Proctor says he only learned that his product had been delisted when he contacted one of those suppliers and found Lidl had apparently begun to source directly from them.

Proctor claims the retailer told a primary producer that Proctor & Associates had been informed of a product’s delisting. But he denies this was the case.

Proctor has brought a private legal case against Lidl with grocery and retail specialist law firm Gordons. He has also lodged a complaint against the same chain with the Groceries Code Adjudicator (GCA), Mark White.

Proctor stresses that he initially decided to pursue the case with Gordons rather than the GCA. This is because, firstly, a private case allows you to claim compensation for loss of business; and secondly, he argues that making a complaint under the Groceries Supply Code of Practice can damage your business and discourage other retailers from working with you in future.

The GCA has improved relationships between retailers and their suppliers since the role was introduced in 2013. However, Proctor says many growers and producer organisations are still reluctant to lodge a complaint against a retailer, as they fear they might lose future business with other supermarkets.

“There are lots of people experiencing the same thing with a whole raft of different retailers,” he says. “It’s not just Lidl and me.”

Proctor says the biggest power supermarkets wield over their suppliers is an ability to delist them without fair notice, which means “you can lose your business overnight”.

He also emphasises the risk that fruit and vegetable suppliers take in supplying a supermarket – given the huge capital investments that have to be made months in advance in things like machinery, land, seed, workers and packaging.

If a supplier is then suddenly dropped by a retailer, it can face major losses, as can the producers from which it sources.

Proctor says his products were not dropped by Lidl in one fell swoop but delisted gradually. In April 2016, the chain is understood to have placed orders worth almost £29m with Proctor & Associates.

However, the claim alleges that by 2021 this had been reduced without notice to £10.2m, before it was stopped completely across all of the 57 product lines it supplied.

Proctor says he first suspected there were “games afoot” when, he claims, Lidl buyers started to complain that his prices were too high in certain products and then allegedly sourced lower-spec produce from other suppliers.

He also describes an incident that involves a grape producer, which he says started to use Proctor’s packaging to supply its fruit direct to Lidl, apparently without Proctor & Associates’ knowledge.

“I thought, they must know that that primary producer is in our supply chain, so what’s going on?” Proctor says.

Proctor also claims that his team informed Lidl of its plan to invest in a £300,000 cost-saving ERP computer system to help meet Lidl’s requirements shortly before the supermarket allegedly started to delist its products.

Proctor says his business was totally geared to supplying Lidl, which it had traded with since 2003 and was its sole retail customer.

At a time when the retailer was a relatively small player in Britain and had a limited focus on fresh produce, Proctor & Associates set itself up as a category manager to offer 12-month supply across multiple categories.

It is understood the supplier helped Lidl improve the quality and packaging of its fresh fruit and vegetables. Proctor says he designed his business to be highly responsive to the retailer’s needs, and to source whatever produce was required “almost instantaneously” and operating at margins “as low as 1%”.

As for why Lidl became the company’s only customer, he says: “At first, we didn’t have any time to deal with other customers because we were focused all the time on these guys giving us challenges.

“We were growing very quickly in terms of our turnover. They started to programme and give us projects where they’d say ‘can you replace our strawberry offer from Belgium with British strawberries?’ Or ‘can you make sure we get cauliflower every week of the year?’

“We were always a loyal servant, and we would drop everything to give them what they wanted.

“I think you have to have a business that’s focused like that. It’s all or nothing in the fresh produce trade. You haven’t got a lot of time to do things and you’ve got to have a really clear remit from your customer.

“I was always trying to check what the retailer wanted in the future, so we would offer to grow product to their specs.”