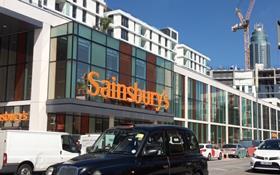 The supermarket said the launch of the new recycling system comes as part of its commitment to increase recycling in its own operations and to make recycling easier for its customers, by offering more facilities do so in stores. Last year it also pledged to halve its use of plastic packaging by 2025 and become net zero in its operations by 2040.

Some 63 of its stores across north-east England are adopting the trial, which takes into account some of the more common items that are packaged with PP film including salad bags and frozen food bags. Sainsbury's described it as the largest PP film trial in the UK supermarket industry, and it adds to its current provision of front-of-store collection points for polyethylene (PE) film and carrier bags in over 600 supermarkets.

A report last year, published by Valpak and commissioned by Wrap, highlighted that 266,000 tonnes of plastic packaging waste in 2019 came from polypropylene (PP) plastics. Of that, 80,000t came from PP film, however until a sustainable alternative is developed to replace PP film, it is regarded as the most appropriate material used to package food, and to keep products fresh.

PP film isn't currentlyaccepted by most councils in the UK, which means people are currently unable to recycle it at home. To make it easier to recycle flexible plastic packaging, customers will be able to put their PP plastics into the same recycling bins currently provided in Sainsbury’s stores that collect PE plastics, the retailer explained.

If the trial is successful, Sainsbury's will roll out the PP film collection system to all its supermarkets by the end of 2021, in alignment with the ambition of the UK Plastics Pact to improve the recycling rates for film.

Claire Hughes, director of product and innovation at Sainsbury’s, said: “Sainsbury’s is dedicated to trialling and testing new initiatives as part of our ongoing commitment to make it easier for customers to recycle. We hope that by trialling flexible film recycling points in our stores and accepting more of the packaging that our customers may be unable to recycle at home, we are helping our customers reduce plastic waste. We’ll listen to feedback from our colleagues and customers before we roll out the flexible plastic packaging recycling scheme wider.

“As we work to reduce, reuse, replace and recycle plastic packaging, we’ll continue to find collaborations, working with our suppliers, academics and organisations such as Wrap to explore innovative ways to reduce and recycle more of our packaging.'