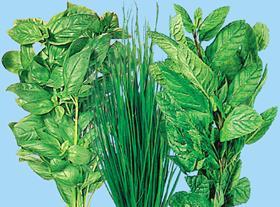 The unexpected cold snap in the Middle East has caused havoc to the region’s herb cultivation.

Dean Fowler, commercial manager at UK herb firm R&G, said: “Issues with basil supply from Israel and surrounding countries started at the end of November when the first cold front arrived, and it has continued ever since.

'Fortunately, thanks to R&G’s close working relationship with basil growers throughout the region, the company has successfully fulfilled all customer orders, while many other UK suppliers have struggled.'

He added: “R&G has seen a significant increase in new basil customers since the shortage. We are managing to fulfil all customer orders, and although temperature and weather issues persist, we’re confident we can remain consistent with our supply.'

Mel Cushen, commercial manager at Lincolnshire Herbs, noted that there had also been problems in other key supply nations such as Kenya and Spain which exacerbated matters.

She added: “Before Christmas, basil was pretty non-existent, and you couldn’t get it for love nor money. Supply was restricted to South Africa, Tenerife and Ethiopia, so everyone was going after the same small amount, and there were some saying it was costing £25 per kilo.”

While both R&G and Lincolnshire have come through a chaotic period relatively unscathed, with Cushen noting that the Jordanian herb supply is getting back to normal, Fowler is more cautious: “Even once temperatures get back to a seasonal average, it isn’t going to be a quick fix,” he said.

“Any growers or suppliers that did not have precautions in place could see the problem persist for a further four to eight weeks.”