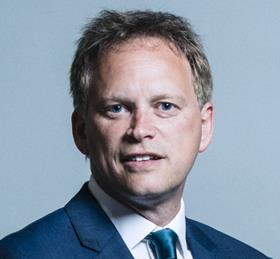 Yesterday, transport minister Grant Shapps issued a statement about the ongoing HGV driver shortage and what the government is doing about it. Here's what he said:

The need to tackle the heavy goods vehicle (HGV) driver shortage is a top priority for my department and this government is committed to finding solutions to mitigate its effect and take urgent action.

With 25 proactive actions taken by my department to resolve the long-term HGV driver shortage in recent weeks, we are already seeing results, with a 300 per cent increase in the number of HGV provisional licence applications. This is a real achievement, but it is important that we continue to build on this success.

The haulage sector has been experiencing a chronic shortage of HGV drivers worldwide for some time. In Great Britain, the issue has been further exacerbated by the coronavirus pandemic, which meant that driver testing had to be suspended for much of 2020, delaying entry to the industry of potential drivers.

In addition, there are longer-term issues surrounding attracting and retaining drivers to the industry such as anti-social hours, poor diversity, relatively low pay and poor driver facilities.

The Department for Transport (DfT) and other government departments have been working alongside the haulage industry to ensure that we attract, recruit, train and test drivers who want to enter the profession, including increasing capacity for testing candidate drivers through measures taken by the Driver and Vehicle Standards Agency and prioritising licence applications within the Driver and Vehicle Licensing Agency.

Streamlining the HGV driving licence regime is an important step in getting drivers tested and into jobs quickly, relieving the pressure on the haulage industry from the driver shortage. On 10 September 2021, following public consultation, I announced a number of measures to simplify the HGV licencing regime and bring forward legislation that would remove the current staged process for getting an HGV licence in Great Britain.

It will mean that drivers will not need to hold a Category C (rigid lorry) licence before applying for a Category C + E (articulated lorry) licence, removing a stage in the process for those drivers who wish to acquire a category C + E licence. This measure will be addressed through a draft affirmative statutory instrument which is laid before Parliament today (18 October 2021).

This legislation will help to make the process from learner to qualified driver quicker by removing certain steps and allow it to respond more rapidly to the acute need for drivers at the heavier end of the vehicle spectrum. High driving standards will be maintained through existing pre-test training and gaining on-road driving experience.

To make rapid progress on this, we are seeking to make use of the urgent procedure under paragraph 14(6) of Schedule 8 to the European Union (Withdrawal) Act 2018. As Secretary of State for Transport, I am of the opinion that, by reason of urgency, the requirements for the statutory instrument to be made after being published in draft together with a scrutiny statement should not apply.

Forgoing the 28-day publication period will allow earlier laying of the legislation than would have otherwise been possible and strengthen the steps we have already taken to increase testing capacity and ease supply chain issues as quickly as possible. Arrangements will be in place to ensure that the changes made by the legislation are operationally effective as soon as the legislation is in force.

Tackling the causes and effects of the HGV driver shortage is a top priority for my department and the driving licence regime and its legislation must support our efforts. This, as part of 25 measures we have taken so far, will help us to reduce the impact of this shortage on the people of Britain.