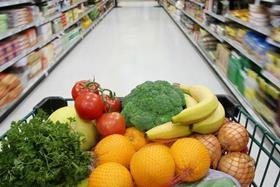 Shopper confidence is showing signs of improvement as lockdown restrictions continue to ease, according to the June results of the IGD Shopper Confidence Index.

Despite the overall score remaining relatively low, the data reveals an increase for two months in a row. The IGD Shopper Confidence Index, which is based on responses from over 1,000 shoppers, was -7 in June, up from -10 in May.

The score is now higher than the lowest point of confidence during Covid-19 in March and April.

Simon Wainwright, director of global insight at the grocery research charity, said: “Shoppers have been boosted by the easing of lockdown measures, the warm weather and low inflation. These factors may be holding back any reversal in shopper confidence for now.

“The economic impact of Covid-19, including rising levels of unemployment, is likely to have a big impact on shopper confidence going forward. An increased focus on savvy shopping can be expected where value becomes more important long term.”

The IGD Shopper Confidence Indexblends four key measures that relate directly to the food and consumer goods sector to calculate an overall indication of shopper confidence. These are:

- Household finances – do you expect to be better or worse off?

- Food prices – do you expect them to get less or more expensive?

- Focus on quality vs. saving money – what is your future and current focus

- Trust in industry across a range of measures

Geographically, shopper confidence has increased across most regions, particularly Scotland. This comes at a time of a sustained decline in Covid-19hospital admissions and lower mortality rate north of the border.

Trust in the food industry remains at the highest level recorded in the last seven years of tracking. However, shopper confidence is likely to remain fragile as shoppers contend with the impact of a deep economic downturn in 2020, with lower GDP and significantly higher unemployment

It is among 35-44-year-olds and those aged 55 and over that confidence has increased the most, while those in the 45-64 age bracket remain the least confident. These shoppers, many of whom will have family responsibilities, may be concerned about the impact of Covid-19 on their health and economic prospects, IGD said.