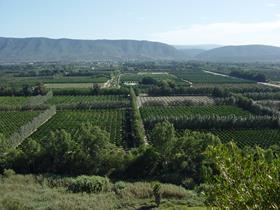 The UK and Europe remain vital destinations for South Africa

South Africa has been exporting its fruit to European markets for many a year, with the UK often being the lynchpin of this effort.

However, as with many of the other leading fruit producers and exporters around the world, the opportunities in the emerging markets of Asia, the Middle East and the former Soviet Union (FSU) are looking increasingly attractive. And for South Africa, it has the added bonus of having a number of quickly developing African markets on its doorstep. As an example, total African imports of apples have grown to almost 600,000 tonnes per annum. South Africa has already gained a more than respectable share in many of the key African countries, whereas other exporters in the likes of the US, Chile and from within the EU, are still to work out their game plan for the continent.

Nothing is impossible, however, and with time, effort and resource, the opportunities are potentially huge. At the same time, any sense of throwing the baby out with the bath water is unlikely to pay dividends. The real challenge will be for South Africa to be able to balance its portfolio of markets to include the best of both worlds – retaining a strong customer base in the UK, EU and other mature markets, as well as at the same time, building business rapidly in more emergent markets. For some products, the UK and EU markets are still of key strategic importance and will be for some time to come.

Looking at how South Africa has fared in terms of exports in the last seven years gives some indication of what has been achieved to date, vis-a-vis the diversification process and the scale of the challenge that still faces the fruit industry:

The above analysis shows that markets in the EU are still of fundamental importance to the SA fruit export sector and will be for some time to come. With global retailers looking to move into emerging markets themselves, a strategy of “follow the customer as much as the country” might well be a sensible one to follow as US, French, German, Dutch and some UK retailers look to strengthen their position in these markets and take their best suppliers with them.

For a more modern, go-ahead and progressive industry to develop and take advantage of the new market opportunities, the emphasis needs to be on the more professional management of farms and the development of other skills that sets them apart from just being a “good” farmer. These will focus on areas such as the development of leadership skills, and a more innovative approach to growing and packing, as a way to create value for their business. There also needs to be a wider view of engaging with the immediate supply chain and beyond.

It will eventually see a broader mix of ownership models in South Africa, the use of more and a wider set of professional advice in the fruit production and export sector.

Some individuals will grasp the nettle themselves – indeed a number of leading operations already have, but it will be up to the industry organisations, such as SATI, Hortgro, SAAGA and the CGA to lead the way and as well as keeping the standard of technical skills at a high level, introduce other skills and mindsets to the South African fruit industry.

This will be in areas such as leadership, vision setting, a wider appreciation of the supply chain, marketing, environmental skills and the development of highly professional farm managers who display high levels of social and emotional intelligence. This is no mean task and will take time to achieve, but if they can do so then the sky really might be the limit for the South African fruit sector.

• Grapes – Total exports have grown from 260,000t per annum in 2008 to 298,000t by 2014. The UK, Netherlands and Germany are still all dominant export markets for SA grapes and accounted for 70 per cent of overall exports in 2014. New markets are being developed, however, in a combination of the UAE, Saudi Arabia, Russia, Singapore, China and Malaysia.

• Oranges – SA exports have increased from around 970,000t to over 1.1mt between 2008 and 2014. The UK, Netherlands, Italy and Portugal are all still important export markets with a combined 350,000t between them (around 30 per cent in total). There has also been significant growth in the likes of the UAE, Saudi Arabia, Hong Kong, China, Malaysia, Ukraine, but with Russia as the star market with some 126,000t.