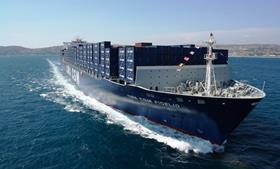 Slow filling large containers storing thousands of items, coupled with larger ships that can’t dock with older ports, have conspired to create a backlog in bananas grown in the Central American region.

According to Richard Hickson, managing director of Premier Fruits, the old method was quicker, albeit more expensive.

“Shipping has been a problem. They have changed from underdeck storage to large containers, which has created a backlog in the produce,' Hickson said.

“The larger containers are cheaper as they have thousands and thousands of items, but it just creates a backlog. These new super ships are also different, they’re so massive only a few ports that can take them. It will get better though with lots of new ports, like Dover creating new berths.”

Hickson said that weather in the region is often a problem, but hurricane damage can take a long time to recover from.

“It’s only affected dollar fruit, places like Panama, Honduras Costa Rica, We find it like this every year, but damage from the hurricanes takes years to replenish. We can expect to see a growth in ACP (Africa, Caribbean, Pacific) fruits on the shelves,” Hickson added.

Jason Tanner, Premier Fruits chairman, said: “Bananas rarely go over £15 per box, but now they have gone up to £18, £19 because the fruit has been so short.”