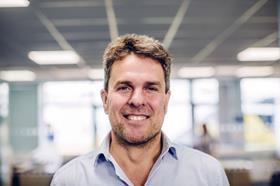 Browsing the vast portfolio of SH Pratt Group – logistics, recruitment, and not to mention one third of all bananas imported into the UK – it’s hard to believe it remains a family business. Companies of such scale often require the level of investment that takes it away from family reigns.

With 30 million bananas ripened every week by the Luton-based company, SH Pratt has become a true fresh produce behemoth. Chief executive Robert Wells, who took up the reigns from his father, says it’s the family’s continued presence at the helm that keeps the company ticking though.

“As a privately-owned family operation we’ve grown by the tried and tested route of limited borrowing from banks. It’s my ambition to keep us this way, partly because of our history and my emotional tie to these beginnings, but mostly because it gives us the freedom to act quickly,” Wells says.

His children are themselves now climbing the ranks of the company, just as he did, having started out working weekends and school holidays while still a teenager. “I started at the business full-time, aged 22. I finished my last term at polytechnic, came to work here in the summer holidays and just carried on,” Wells says.

“I have regrets that I didn’t get experience working somewhere else, but I remember my father came home from lunch one day and asked: ‘Did I want to run the business in the future?’ I was always passionate about it and immediately said yes.”

Much has changed in the industry since then, but Wells says the banana category has enjoyed a recent spurt, which required SH Pratt to fundamentally change its way of working, perhaps in line with the rest of fresh produce.

“While the industry has historically been quite static, over the last few years the banana business has really begun to grow. This means our company has also developed significantly, which has brought a whole different aspect to how we do things. Before, we could run things almost by the seat of our pants, but now we have to get the most from people and this requires careful planning to make sure we keep the business safe.”

Brevity, speed and flexibility are now basic capabilities for a business that works in the fast-moving world of fresh produce imports.

“This attitude has been learnt from retailer demand and industry’s ability to supply. For many years where there were opportunities for retail growth it would take 18 months to put up a new building. Today we’ve got this covered. We have the infrastructure and the site to make quick decisions and can set up new rooms within four months.” 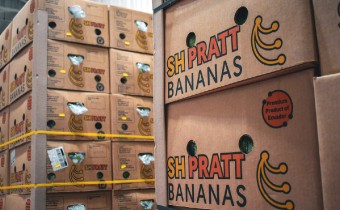 Another big change has been the demand for environmental best practice. Going green is a major challenge for a company operating giant refrigeration facilities, especially in warm weather. Implementing green technology such as solar panels has helped grow the company's renewable energy base however.

“For all of our electrical consumption we need around 6,000 amps per phase, and contribute to 10 per cent of this using sustainable power. I would like to go higher but we’re limited by current technology.

“Over the last few years we’ve replaced our refrigeration by going down the ammonia route, which is both efficient and environmentally friendly,” says Wells. “The day we changed to ammonia we saw a 25 per cent drop in our electricity use, which is great news when you consider we have 140 ripening rooms, each with six fans inside.”

Despite describing himself as a hands-off CEO, Wells is fully aware that he cannot sit back on the success of SH Pratt. “Looking at the longer term, we have to make decisions based on profitable diversification and our needs as a group,” he says. “Once you’re seen as being successful there’s only a certain amount of time before your competitors join you. We’ll continue with what we do best and my ambition is to make the group as big as it can become, but this is dependent on how we and the market perform.”