Thousands of corner shops at risk of closure 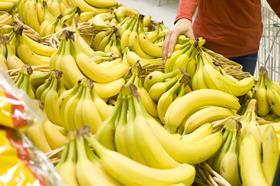 As many as 6,000 independent convenience stores are potentially facing closure in the next five years despite their uplift in popularity during the pandemic.

These are the worrying findings of Gerard Rego, founder of a new B2B e-commerce platform for the convenience sector, as reported by grocery news siteKamCity.

Rego revealed that many shop owners are working double the hours of the regular working week, and in some cases paying themselves under half the minimum wage.

According to KamCity, the number of convenience stores in Britain has already fallen by around five per cent in the last five years to just under 47,000.

Since 2021 around 3,000 convenience shops are reported to have closed and around double that number could close in the next five years amid rising competition from small ‘local’ supermarkets and online delivery services, as well as the knock-on effects of Covid-19.

“These businesses are in dire trouble and their future is beyond bleak. I would expect that unless things change dramatically, we will lose at least 6,000 in the next five years,” Rego toldKamCity.

He added that the crisis has been driven by the trend for large supermarkets to open more small stores, such as Sainsbury’s Local and Tesco Express, using their national buying power to ensure lower prices.

“The independent stores are paying much more for the same products than the supermarkets do,” he said. “They can be paying more than double on a unit and because they are being charged so much for their stock, they have to cut their margins to the bone to keep customers coming at all.”

In a bid to help independent convenience stores compete with the big supermarkets, Rego is launching Subscribbe, an online wholesale marketplace that connects manufacturers directly with stores. The idea is to cut out middlemen and wholesalers, allowing corner shop owners to cut their costs.

The platfrom creates a “corner shop conglomerate”, bringing thousands of individual stores together so they have more buying power, KamCity reported.