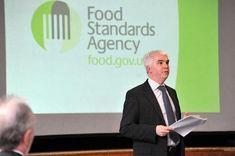 Former Tesco senior executive Tim Smith has been appointed as the new industry chair of the Food & Drink Sector Council.

Smith will take up the role immediately and will share the chair with the government chair, food minister Victoria Prentis.

The Food & Drink Sector Council is a formal industry partnership with the government which works to address challenges faced by the sector and build a more productive and sustainable food and drink system. The council will also take the on the role of delivering some of the measures outlined in the recent Food Strategy for industry and the government.

The co-chair’s role is primarily ”to lead and challenge the council in order to inspire and create change from within the sector, as well as looking for opportunities for cooperation in the wider government agenda.”

Smith is the chairman of Cranswick plc, and for over three decades had leading roles as chief executive with manufacturers in the food sector including Northern Foods, Sara Lee, Express Dairies and latterly Arla Foods. In 2008 he became chief executive of the Food Standards Agency.

From 2012 until 2017, he was group quality director at Tesco. He then acted as a senior adviser to retailers and manufacturers until joining Cranswick.

Smith takes on the role from outgoing co-chairs Terry Jones and Ian Wright, and is set for a two-year tenure.

He said: ”The food and drink sector is facing challenges which are unprecedented in my time. It is imperative that industry and the government continue to work in partnership to ensure we have a food system fit for the future.

”The Food & Drink Sector Council must help provide the strategic oversight to create that system and I’m delighted to take on the role of industry co-chair. I look forward to working with the ministerial co-chair to identify the key issues facing the sector and to find practical actions to address them.”