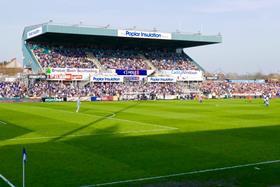 One of Bristol wholesale market’s main shareholders has denied the site is set to be sold to Bristol Rovers Football Club for the development of a new stadium.

Ahead of the club’s season opener against Blackpool last Saturday, Rovers presidentWael Al-Qadi told BBC Radio Bristol that the site of the fruit and vegetable market, between Arnos Vale and Saint Philip's, was the club’s preferred location for its new ground.

Building a replacement for Rovers’ Memorial Stadium was one of Al-Qadi’s promises to fans when his family bought the club back in 2016.

Al-Qadi said:“We have options but one of the sites, as you probably know from what has been talked about, is the site at the fruit market… It is one of several sites but we are very interested in that site.”

He went on to say the club still plans to finish construction of a new ground within two the next two years and has “already started the work that goes into planning permission” for the site.

Responding to Al-Qadi’s comments, Nick Matthews, who is regional director of Total Produce and one of the market’s shareholders, went on BBC Radio Bristol on Tuesday morning “to put people right”.

'It was a bit of a surprise to me as well to be honest,” he said. 'The only reason I responded to the tweet put out by BBC Radio Bristol was to put people right.

'We have offers for the fruit market on a regular basis – we had one recently but on behalf of Total Produce we declined the offer.

'The site where we are works for us currently so unless someone comes along and makes us and offer we can't refuse we will be sticking where we are.'

Despite not ruling out the sale completely, Matthews stressed that to have a stadium built on the site of the wholesale market within two years was a “fantasy”.

'With several shareholders involved it could take two to three years to find the right place to move to and then build a new fruit market, and then only when we have moved to a new fruit market and left the old one empty could somebody demolish it and even start to think about building a new stadium.

'To say they are going to be on our site in two years is fantasy really.'