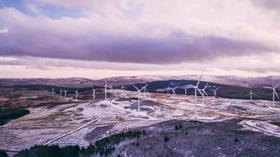 The transition to renewable electric energy applies to 24 units in total – 18 in England, three in Scotland and three in Wales. This includes central distribution centres, production facilities,regional depots and Total Produce UK’s head office in Liverpool.

The move is expected to deliver a 20 per cent reduction in Total Produce UK’s CO2emissions in 2021 and beyond.

The energy switch is part of Vision 20/25, Total Produce’s company-wide initiative to measure and reduce carbon consumption throughout its international group. The project has delivered an 18 per cent reduction in group carbon emissions since 2018.

Other recent sustainability measures from Total Produce group have included a transition to green energy by 24 sites in Ireland in 2019; the launch in December of the group’ssustainability website; and Total Produce Ireland becoming the only Irish fruit company to secure the coveted Origin Green Gold sustainability standard in November 2020.