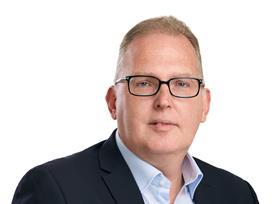 The words 'trade credit insurance' might not mean a great deal to some in the fresh produce trade, but according to the head of Essex-based international broker EFCIS, they will become increasingly relevant towards the end of 2021.

EFCIS owner and director Andy Moylan prides his business on “enabling trade” and allowing companies to trade securely in different markets and currencies. However, he warned the fruit and vegetable sector is set for a “tsunami” of insurance claims, payment delays and payment plans towards the end of next year as companies go bust and struggle pay their suppliers.

“Insolvencies are artificially low at the moment because of government intervention – the banking schemes, furlough and the closure of the court system until the end of March – but all we’re doing is kicking the can down the road,” Moylan said.

“It’s highly probably there will be a tsunami of claims in the first two quarters of 2021, particularly in the leisure sector. As the economy begins to open up again, we believe the way in which companies and banks assess risk will change.

“Therefore, we think there is a need to re-educate companies across the fruit and veg supply chain and help them understand the risk profile of trading post-Covid. Coupled with Brexit, there are going to be some very tough trading conditions. It’s going to be a massive subject.”

He added that for fresh produce buyers, having enough available liquidity in your business and securing credit from suppliers will be key challenges next year.

“We want companies to understand this is going to happen and to know how to present themselves in the most positive light when a supplier is looking to open credit terms.”

EFCIS has 20 years’ experience in the food sector and is now looking to increase its presence in fruit and vegetables through a partnership with supply chain trading app FruPro, which launches in January 2021.

He reported that around 10 per cent of traders’ combined turnover at London’s three fruit and vegetable wholesale markets (Spitalfields, New Covent Garden and Western International) is lost annually to bad debt.

Moylan said he is determined to help bring this percentage down to around five per cent over the next few years, having helped achieve an even bigger reduction in the meat sector, from around 10 to two per cent.

As well as insolvencies, fraud is part of the problem – and Moylan said he is seeing a “massive increase” in fraud in the fruit and veg sector. Fresh produce scamsters are beginning to operate in a more sophisticated way, he added, setting up ghost websites and replicating emails to swindle suppliers.

“With FruPro we’re trying to create a range of services that will benefit the fruit and veg sector,” Moylan said. “We want to take it to the next level of sophistication because the market dynamics have changed, and this requires a different way of doing business.”

EFCIS’ services include helping companies set watertight terms of trade before doing a transaction to make sure the debt is enforceable; assessing the risk of trading with different companies; reminding suppliers of the importance of reviewing customers’ terms and conditions; and, ultimately, helping clients make risk-informed decisions.