Topfruit industry lays out a series of asks for retail, government and consumers after alarming survey findings 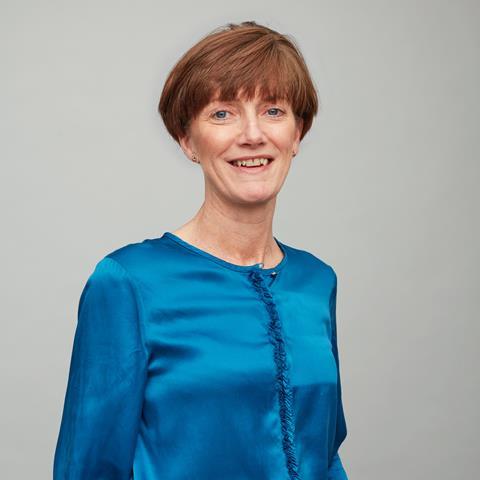 Stagnant returns are leading to a major pullback on orchard investments, a widescale new survey has indicated.

A British Grower Association survey of British Apples & Pears Limited (BAPL) members, conducted in late 2022, found that planting of 150,000 new apple and pear trees has been cancelled this season.

Growers had intended to plant as many as 480,000 new trees to invest in the long-term future of their orchards, but a third of those orders have now been cancelled, according to the survey of growers who together represent an estimated 80% of the British topfruit sector.

“This is the clearest indication yet that the future of apple and pear growing in the UK is seriously in doubt,” said BAPL executive chair Ali Capper. ”The industry is on a knife edge. Without long-term investment and new tree planting, orchards will quickly go into decline. That’s not something any of us wants, least of all the British consumer.”

”The key reason for the lack of investment is supermarket returns that are unsustainable,” Capper continued. “Increased input costs of around 23%, for example for picking, energy, haulage and packaging, are being met with almost static average fruit prices paid by retailers.”

BAPL growers reported receiving an average 0.8% year-on-year increase in what supermarkets pay them for their fruit, despite an independent report by John Pelham from Andersons Consulting recommending that growers should receive a minimum 12% increase in returns (10.2p/pack on a Gala apple six pack).

“Losing British orchards is not just an issue for our growers and UK food security,” added Capper. “We’re going to lose huge biodiversity in our countryside too. Apple and pear orchards are a sustainability success story – 83% of our growers work with local beekeepers, 62% have wildflower leys on headlands and 89% have grass orchard margins that are not cut or travelled.”

In response to the survey, BAPL has set out a list of asks for retailers, government and shoppers. From retailers, it wants a reset on returns to recognise the unprecedented 23% inflation in cost of production. It said its growers will be discussing fairness of returns with their customers in advance of electricity price changes.

It also wants to see long-term partnerships and prioritisation of British apples and pears over imports to give growers the confidence to plant the orchards of the future with long-term contracts linked to inflation. And it wants retailers to work with growers to reinvigorate the category with in-store and online ‘theatre’, and packaging and messaging that attracts shoppers to buy British, and reflects the health benefits, affordability, low food miles and British provenance of the fruit.

Of government, BAPL asks that grower businesses are added to the Energy Business Relief Scheme vulnerable list to lessen the impact on cold storage of fruit, and wants a meeting of retailers to be convened to discuss ’the emerging crisis in the British apple and pear sector, seeking fair returns for growers”.

It is also calling for the removal of the limit on the number of seasonal workers allowed into the UK and to increase the current permit to a nine-month visa; the government to prevent unnecessary inflation by removing the wage premium linked to the Seasonal Workers Scheme; and to support the development of renewables (wind and solar), especially the storage of renewable energy to help mitigate the energy cost increases facing growers and reduce CO2 emissions.

BAPL also outlined various asks of consumers, including that they check the label and make sure they’re always buying British apples and pears, asking their retailers if they can’t find them.

It wants them to eat an apple a day, keeping them in the fridge as they store well for at least two weeks and have excellent health benefits. It says consumers should support local British farmers and lower their food miles by choosing apples and pears grown in the UK.

“We must act now,” Capper concluded. “This is not just about the apple and pear growers - the future of UK food security, biodiversity and our nation’s health are at stake.”