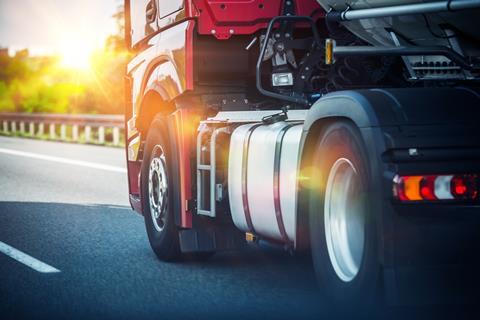 Over 70 per cent of UK logistics companies reported an escalation in the cost of transporting goods during Q1 2022 compared to the same period a year ago amid sharp increases in the cost of fuel and other global supply chain pressures, according to the results of Logistics UK’s May 2022 Performance Tracker, released today (6 May).

Of this 71 per cent, nearly half said that costs had climbed by 25 per cent or more, the transport association found.

Bulk diesel prices, which constitute about 30 per cent of the cost to operate a vehicle, have risen by 35.7 per cent to average 129.03 pence per litre (ppl) in Q1 2022 when compared with Q1 2021 (price excludes VAT). All 241 respondents to the survey reported a rise in fuel costs, Logistics UK said.

The results suggest that the cost to transport goods and the broader cost of living squeeze are beginning to impact demand for goods, the organisation said. 35 per cent of respondents reported a decrease in orders, while 12 per cent said orders had fallen by at least a quarter.

Commenting on the survey results, Sarah Watkins, deputy director – policy information at Logistics UK, said: “The cost to transport goods is surging at an unprecedented rate amid significant increases in the cost of fuel. The sheer numbers of logistics companies reporting increases in both freight rates and the costs to move goods suggests rising prices are deeply embedded and are unlikely to subside in the coming weeks. The sector is particularly reliant on diesel, the cost of which is likely to remain elevated even as the cost of other fuels subside.

“Activity in the logistics sector is a reliable leading indicator for the broader economy and survey reveals worrying signs. More than a third of our respondents say orders are declining, likely as a result of both rising freight costs and as consumers cut back amid a broader cost of living squeeze.”