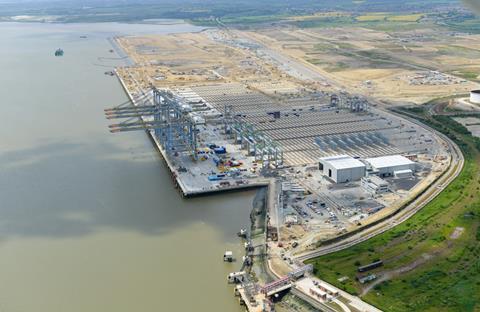 The company said it has witnessed its best year for new business in a decade, with demand for premium warehousing space in the south-east of England reaching ”unprecedented” levels and a record volume of cargo handled by its two UK logistics hubs at London Gateway and Southampton in the first half of the year.

In response to customer demand, the new warehouse is being fast-tracked for completion in Q3 2023, DP World said.

Oliver Treneman, park development director at DP World in the UK, said: “At London Gateway, we have the space, infrastructure and vision to support customers as they grow, with the new speculative LG119 likely to be of interest to any growing business looking to expand or establish new operations. Our partnership approach, logistics expertise, digital solutions and intermodal connectivity help us to solve logistical challenges and give our customers more control over their supply chains.

“At the size of 400 football pitches, our rapidly expanding Logistics Park is the biggest of its kind in Europe and will become home to a workforce of around 12,000 within the next seven years. The site’s outstanding road links, access to an adjacent rail terminal and proximity to both London and a deep-water port will cut transport costs for customers.”

In keeping with DP World’s stated commitment to minimise the environmental impact of its operations, the group said its new facility will be ”one of the most sustainable warehouses yet built”. It will have a BREEAM ‘Outstanding’ classification, with a target to deliver a 30 per cent carbon reduction during construction and a 40 per cent reduction in operational carbon emissions.

DP World – which operates ports, terminals and logistics businesses on six continents – continues to make major investments in the UK. It announced last year a further £300m investment in a new fourth berth at London Gateway, which will lift capacity by a third when it opens in 2024.

Between January and June, London Gateway saw throughput of 1,013,000 TEU, a 10 per cent increase on the previous best half-yearly performance set in the second half of 2021. This performance contributed to a record volume of cargo for DP World’s ports in the UK, with a combined total of 1,937,000 TEU when factoring in throughput at Southampton, Britain’s second largest container terminal