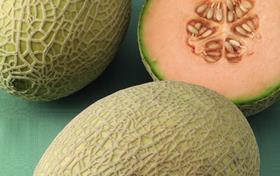 New Zealand will resume the import of Queensland melons under new trade conditions, outlined in an Industry Advice Notice, agreed to by the Australian Government and industry.

“Queensland growers produce some of the world’s most sought-after fruit because of its clean, green and fresh reputation,” said Littleproud.

“The state accounts for a third of Australia’s watermelon production, 38 per cent of our rockmelon harvest, and is a major contributor to our A$39.3m melon export industry.

“I am pleased my department, the New Zealand Ministry for Primary Industries, Queensland authorities and Australian industry were able to reach a workable solution on biosecurity protocols, which is acceptable to all stakeholders,” he added.

Littleproud said the resumption of Queensland melon trade with the country’s Tasman neighbours would provide more jobs and greater certainty for farmers, while also confirming the strength of the two nations’ bilateral ties.

“It also means New Zealanders once again have access to some of our country’s famously healthy and fresh horticultural delights,” added Littleproud.

Johnathon Davey from Melons Australia also welcomed the news, saying the new trade conditions will mean “getting melon exports back on track and a more normal future.”