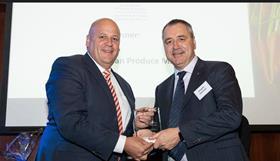 The South Australian Produce Market (SAPM) has announced it is planning a ‘biosecurity precinct’ at its Gepps Cross facilities in the state’s North.

The new precinct is set to cost A$4.5m and will feature a treatment centre, allowing it to check and fumigate fruit onsite. It’s a big step in the fight to stop fruit fly taking over the state.

Speaking the The Advertiser, SAPM chief executive Angelo Demasi said the operation has already spent A$800,000 on upgrades to reduce the fruit fly infestation risk, and he hopes the wider upgrade will be complete by this time next year.

The move points to the long-term nature of the state’s fight to eradicate fruit fly, following the establishment of 11 outbreak areas in Adelaide and five in the Riverland.

“They can’t lift any of the outbreak areas in metropolitan Adelaide until all of them are free of fruit fly and that’s going to be a massive task,” said Demasi. “It looks like fruit fly is here to stay until December [2021]. We’re planning to ensure that we can move forward if it does get out of control.”

Demasi said there was no permanent fumigation centre in SA, but they existed in Victoria and Queensland where there have been historical outbreaks of fruit fly.

He said the organisation would seek State Government funding to help pay for the new facilities. The market has already introduced rapid lift doors, new evaporative cooling and has made changes to fire ventilation to reduce the risk of flies moving through the area.

SAPM tenants have reportedly spent A$1m – A$2m on upgrades to comply with fruit fly rules amid the outbreaks.

The SAPM was announced as the winner of the Biosecurity Award at the recent Ausveg SA Vegetable Industry Awards for Excellence.

'The award was in recognition of the significant efforts the market has undertaken to ensure the site is fit for purpose to manage the pressures of the current medfly outbreak as well as the significant leadership the SAPM team has shown to support industry in its negotiations with government to keep growers and merchants trading throughout,' said Penny Reidy, marketing communications and business development manager.

'It recognised the significant efforts the markets have gone to in order to support the local industry as well as the investments made on behalf of its tenants and the broader industry.'