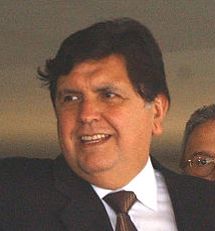 Peru is to invest more than US$1.2m in the country’s agriculture sector over the next three years in a bid to bring out of extreme poverty many growers and set in place a new food safety policy.

The government will financially support growers via direct support programmes, such as supplying seeds, fertilisers and machinery, which are designed to boost production and access to overseas markets, President Alan García Pérez told the Peruvian Congress.

Peru’s agriculture sector has expanded rapidly in the last five to 10 years. During the first semester of 2008 production of almost all products registered an increase, with overall volumes up by 5.3 per cent.

In terms of fresh produce, Peruvian potato production rose by 4.3 per cent in 2007 and is currently growing at a rate of 7 per cent.

In just two years, Peru’s exports of mangoes, asparagus and other items have also increased by 40 per cent to some US$2.2m in value during 2007.