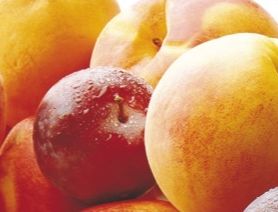 The Canadian Food Inspection Agency (CFIA) has published a new temperate fruit import directory which grants re-entry for Spanish stonefruit as of next season, following long-running negotiations between the two nations after imports were suspended in 2001.

The move has already been welcomed by the Spanish Fresh Produce Exporters Association (Fepex) since it will allow the Spanish stonefruit industry to diversify its exports, which are currently concentrated to the EU.

According to Fepex data, Spain exported E606m-worth of stonefruit in 2007, of which 91.7 per cent was destined for the EU, namely France, Germany, Italy and the UK

Up to June this year, the association claims Spain has shipped some €340-worth of stonefruit, an increase of 34 per cent on the year earlier-period.

Spanish stonefruit imports into Canada were suspended in 2001 when the North American nation decided to establish new phytosanitary regulations for the import of fruit from temperate climates.

Fepex now has its eye on additional export markets for Spanish stonefruit in regions such as Asia, Mexico and the US.