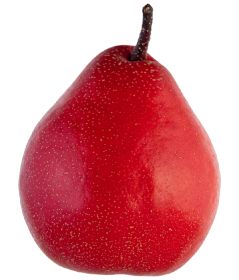 Topfruit developer and marketer Prevar has confirmed that large-scale plantings of trademarked variety Piqa Boo, the first pear to be unveiled from its innovative new range Piqa, will begin in Australia and New Zealand in 2014, with the first commercial harvest expected in 2016.

Samples on show at the event were harvested from trial orchards in New Zealand back in late February and had been kept in coldstorage at 0.5°C, underlining Prevar’s belief that storing the fruit for more than six months is quite possible.

Using postharvest technology such as SmartFresh and controlled atmosphere could potentially extend that shelf-life further, Ennis said, although these have yet to be tested on any Piqa fruit.

Piqa pears, which are the result of a major research begun in the 1980s by New Zealand-based Plant & Food Research, combine the flavour of European pears with the texture of Japanese varieties and the shelf-life and storage capabilities of Chinese types.