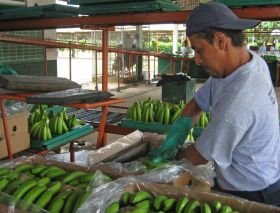 The European Union has stated that the UK’s referendum decision to leave the trading bloc is not likely to affect the schedule for the ratification of the accession of Ecuador to the multiparty trade agreement with the EU, Colombia and Peru, which is due to take place in the last quarter of this year.

Commenting on the referendum result, Peter Schwaiger, the EU representative in Ecuador said: “I personally think that Brexit will not suppose timing problems for this”.

Speaking on 24 June, the EU spokesman said that it is “too early” to project an effect on the ratification of the treaty.

He added: “Brexit has to be negotiated first between Britain and the European Council; and then the Parliament has to ratify it at the end. In principle, all ongoing processes should go ahead”.

Ecuador’s president, Rafael Correa, had stated his view that Britain’s exit from the EU will bring economic and political repercussions to the bloc that would affect global markets, including Ecuador.

It is also feared that negotiating the terms of the Brexit would push the trade deal with Ecuador further down the EU’s list of priorities.

The Ecuadorean government said a question mark also hangs over the effect of Brexit on the new regime for banana imports from Latin American countries.