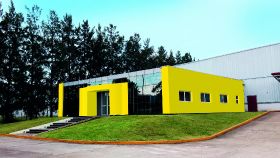 Argentinean exporter Cosur, part of Italian fresh produce trading group Battaglio, has revealed it has made a major investment in a new banana ripening centre in Buenos Aires.

The company, which is itself located in Villa Regina, in the province of Rio Negro, has traditionally focused on exports of key products like apples, pears, lemons, oranges and grapefruit for export, but the latest move is aimed primarily at serving the internal market.

“In Argentina, many companies are suffering from a decrease in pear and apple exports,” said a spokesperson for the group. “Cosur is going in the opposite direction as it is growing and consolidating dynamically.”

The new ripening facility, which is situated in Pilar, to the north of Buenos Aires, will make use of modern, innovative technologies that Cosur says can help the company lead the way in terms of banana distribution on its domestic market.

Cosur exports more than 14,000 tonnes of fruit each year, mainly to clients in Italy, Brazil, Russia and the US.