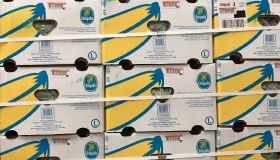 Banana marketer Chiquita is supporting what it says will be the first global scientific exchange on Tropical Race 4 (TR4), the strain of a fungus known commonly as fusarium wilt or Panama disease that infects the roots of banana plants and poses an existential threat to the world’s most prevalent variety Cavendish.

The company has helped to bring together leading scientists, industry players, researchers and institutions for an international scientific congress called ICPP, which takes place in Boston on 28 July.

Chiquita CEO Andrew Biles will open the meeting, before experts from around the world confer on the current status of research and development relating to TR4 and discuss how to tackle the impending threat of a disease whose spread is described as “limitless”.

“[TR4] does not discriminate between the rich and the poor,” Chiquita commented in a statement, “and effects farms both large and small. Currently, there is no effective treatment for TR4 once it has infected a banana plant.

“In addition, the fungus can be transmitted through planting materials, and infested soil particles carried by things such as clothes, water or vehicles. Moreover, the fungus can remain dormant in the soil for decades.”

First detected in South-East Asia during the 1990s, the disease has since been found in the Middle East and Africa, but so far has apparently not found its way to West Africa or Latin America.

Only last week, an Australian farm operating with TR4 sent a suspect plant away for testing.

Were that to occur, the chances of Cavendish surviving as a variety would be greatly diminished, in much the same way as the world’s previously dominant commercial variety Gros Michel was wiped out by Panama disease in the twentieth century.

In its statement, Chiquita said it was proud to support such an important event. “This will be the first global scientific exchange on the subject,” it pointed out. “The event will bring together approximately 100 specialists in this field. 15 speakers will share their findings and participants will debate the way forward in combating the banana crisis.”

In supporting the congress, Chiquita said it wanted to bring together research experts from the world over to share their thoughts and expertise.

“We hope this will be one of the many steps taken by industry on the way to finding a permanent solution for the effective management of TR4.”