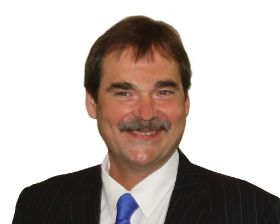 Total Produce has announced that its commercial director Charlie Shaughnessy, who is also managing director of Total Produce Northern Europe, is set to retire.

He is set to end his 30-year career in fresh produce this February, concluding what Total Produce called a "successful eighteen month transition period".

Shaughnessy joined Total Produce – then Fruit Importers of Ireland – in 1987 as depot manager of Sheil & Byrne in Dublin City Centre, before progressing to a number of senior management positions in operations across the group including Fyffes Belfast and Fyffes Swords in Ireland and Velleman & Tas International BV in the Netherlands.

In 2003, he was appointed commercial director of Fyffes Plc, retaining that position in the newly formed Total Produce Plc in 2006, while assuming the additional responsibilities of managing director, Total Produce Northern Europe.

"Charlie's drive, enthusiasm and determination in his various roles, helped forge rewarding relationships with growers, partners and customers internationally, making a hugely important contribution to the evolution and growth of the Total Produce group," a company statement read. "His profile in the industry and his fantastic work ethic have earned the respect of colleagues and competitors from across the global fresh produce sector."

Speaking on Shaughnessy retirement, Total Produce chief executive officer Rory Byrne commented: “On behalf of our colleagues, I would like to thank Charlie for his dedicated service to Total Produce and his contribution to our success over the last 30 years. We wish Charlie and Breege health and happiness as they embark on this next chapter of their lives.”