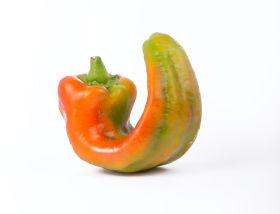 Researchers have analysed the best ways to market unattractive fruits and vegetables and found consumers favour the term ugly and are turned off by low prices.

The team from the University of British Columbia has published a new paper in the Journal of Marketing titled: From Waste to Taste: How "Ugly" Labels Can Increase Purchase of Unattractive Produce.

The researchers found emphasising aesthetic flaws using the word ugly in labelling - such as "ugly cucumbers" - could increase the purchase of unattractive produce. This was because the word ugly focused on the visual flaws in the produce and made it clear to consumers that there were no other deficiencies in the produce other than attractiveness.

The paper also addressed how ugly labelling could alter the effectiveness of price discounts and suggested that by using the word ugly, retailers selling unattractive produce could reduce discounts and increase profitability.

Finally, the paper compared the use of the words ugly and imperfect in labelling and found ugly generated more click-throughs in online ads.

"While grocery store managers believed in either not labelling unattractive produce in any specific way or using 'imperfect' labelling, we show that 'ugly' labelling is far more effective," said Hoegg.